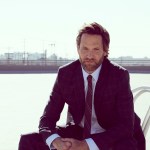 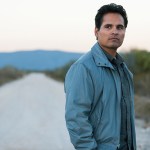 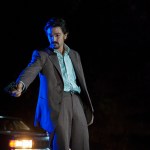 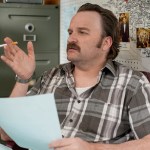 ‘Narcos: Mexico’ is starting over with season 4. HL spoke EXCLUSIVELY with series star Matt Letscher about working with the real-life James Kuykendall, exploring a ‘dire’ time in history, and more.

Narcos: Mexico will explore the origins of the modern drug war by going back to its roots. This season will focus on the rise of the Guadalajara Cartel in the 1980s as Félix Gallardo (Diego Luna) takes the lead, unifying traffickers in order to build an empire. When DEA agent Kiki Camarena (Michael Peña) moves to Guadalajara to take on a new post, he quickly learns that his assignment will be more challenging than he ever could have imagined. Matt Letscher stars as James Kuykendall, the agent heading the DEA office in Guadalajara.

“We’re taking a big leap back in time with season 4 of Narcos where everything shifts to Mexico and the beginnings of the Guadalajara cartel there,” Matt told HollywoodLife EXCLUSIVELY. “At the same time, it introduces the character of Kiki Camarena, who was a DEA agent abducted and killed by the cartel. I play James Kuykendall, who was the agent in charge in Guadalajara at the DEA office, so he knew Kiki very well. He worked with them throughout the early 80s as these new Mexican cartels were coming to power. They were a small office of about four agents who quickly found themselves overwhelmed by the amount of drug trafficking that was happening in the region. This season really covers that period of time leading up to what really was the culminating event that kicked off the War on Drugs, so a very pivotal time in terms of the drug trade.”

Matt was able to talk to and work with James, and he admitted that James was “hugely helpful for me in terms of understanding the way things work down in Mexico, which is a very byzantine system. It’s very difficult to accomplish anything with the way things are structured.” He revealed that he felt a responsibilty playing James. “I definitely feel pressure,” Matt continued. “I’ve played a lot of real people before. They were usually show business people or politicians or something like that. And you feel a little less pressure there. Here, I’m playing very much a real life person who was caught up in a horrific situation, and it came to a terrible end, not just for the DEA, but for him personally. When you’re telling that kind of story, you really want to do the best you can by that person. James was so great at offering up anything I needed in terms of rememerances from that time, artifacts, just different tips about other characters. When you’re dealing with that kind of story that had that kind of outcome, you want to really deliver the goods and be as truthful and as respectful as you possibly can, while at the same time adhering to the story you’re telling as fiction writers. It is, on many levels, still fiction. It’s a tricky bind but I think we did well by it.”

The actor loved taking on such a complex role in Narcos: Mexico. “This role and this show offered a fully-fledged adult who was living in seriously moral grey area,” Matt told HollywoodLife. “His day-to-day life and the world that he operates in is so awash with uncertainty. I felt like it really was the first role I had in a long time that allowed me to portray full-fledged grown up man, somebody who was in some very dire, real-life consequences. There weren’t any any answers to help get him out of there.”

Since Narcos: Mexico is a new story, many fans wondered how this season connects to the previous ones that focused primarily on the infamous Pablo Escobar. Do you need to watch the previous seasons to understand Narcos: Mexico?” “I’d say you can certainly start watching Narcos with season 4, and we are setting up an entirely new story with mostly different characters,” Matt explained. “You could come in there, and it would be a very gripping, very interesting experience. But there are enough returning characters from the other seasons and enough Easter eggs and stuff like that along the way. If you were to have had the experience of watching the first three seasons, it just gives you that extra bit of meaning. You recognize people, events, places in ways that, if you were coming into it cold, you wouldn’t recognize. I personally recommend catching up on Narcos, but it’s not essential.” Narcos: Mexico is currently streaming on Netflix.