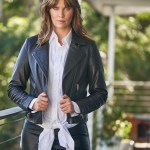 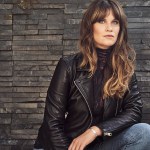 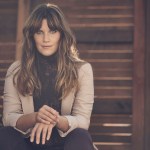 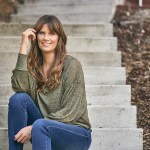 Frida Farrell was once an aspiring model looking for her next big break, but never did she imagine a sex trafficking experience would serve as her inspiration for a future movie.

At 24-years-old, Frida Farrell (now 38) had just finished drama school in London and was focused on getting her foot in the right door. Now, she’s starring in Apartment 407, a movie she wrote and is starring in about sex-trafficking. And believe it or not, Frida got inspiration for the role and story through her own horrific experience. “I was approached in Ogden Circus,” the model-turned-actress tells Hollywoodlife.com EXCLUSIVELY. “I was going to walk home and I was approached by this photographer who was distinguished, nice and had a beautiful accent, light suit, just kindly approached me for casting and asked if I was interested and said, ‘Here is my card,’ and wanted to know if I wanted to come by and I said, ‘Thank you,’ and I walked home and checked him out as much as I could.”

One thing led to another, and Farrell got a call back, but right away, she knew the entire situation felt strange. “I went back to the same location I was in and this time, it was very different. There was no female assistant, no cameras or fruit or tea or backdrop. It was just empty and as soon as I walked in, he slammed the door and locked it,” she says of the horrific ordeal.

Frida suddenly found herself kidnapped by the mystery photographer who she dubbed a “nice guy” at the time of their initial meeting. She was confined to a tiny apartment with bars on it. “It was crazy, clients coming in and out, drugs, he came up to me one night and he seemed really, really stressed. He rushed out the door and then he didn’t lock the door,” Frida shared of the crazy ordeal. “I felt like I was in a horror movie.”

Knowing that she had to escape in order to live, Frida saw a tiny opportunity and thankfully jumped at the chance. “I thought, either I stay here for God knows how long or I escape and get stabbed,” Frida shares of just how she found freedom. “I slowly opened the door and there was no one there and I saw a staircase and went up. I realized I was now moved to the cellar and I thought I had 10 seconds and I just ran. I ran out into the street and I ran and ran and ran and ran.”

Through tragedy comes triumph for Frida, as she has taken her own horrific, true-life experiences to the big screen. After remaining silent for so many years, is something she found to be quite therapeutic. “I found it challenging, if I’m really honest. I didn’t find it therapeutic until now, after wards, where I’m really staying away from the project and showing it to people because I was really afraid of what people would think. I didn’t speak about it for many, many years. I didn’t tell anyone because I was scared to be judged and I was embarrassed and I blamed myself.”

Although Frida doesn’t know where her attacker is today, we are just so thankful she is safe and able to share her story with the world.

Apartment 407 was released in theaters in Los Angeles on October 26, in New York City on November 1, and is now available worldwide for streaming. Check local listings for details.