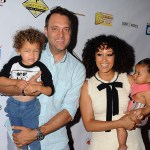 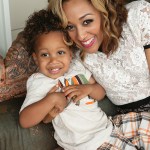 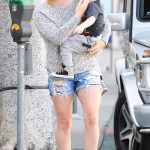 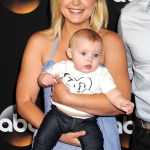 Feel old yet? So many Disney Channel stars have gone from playing kids on TV to having children of their own. So which ones have already started families? Take a look!

Even though it seems like just yesterday Hilary Duff, 31, was cracking up kids on Lizzie McGuire, the former Disney Channel star is somehow a mother of two. How wild is that? She welcomed baby girl Banks with Matthew Koma, 31, on Oct. 25, six years after having Luca with her ex-husband Mike Comrie, 38 — and she’s not the only child actor from the channel to start a family. Far from it! In fact, Tiffany Thornton, 32, from Sonny with a Chance, already has three kids of her own. It has been six years since she left the popular Disney show’s spinoff So Random, after all, so it makes sense that she’d already have a trio of tots at home. Juliet was just born this month with Josiah Capaci, 25, while Tiffany welcomed KJ, 6, and Bentley, 4, with her late husband Chris Carney, 35, before his 2015 death.

So who else has been popping out precious newborns? The list is long — and it may surprise you! For example, it may be impossible to believe that Kyla Pratt, 32, grew up and left the voice of Penny Proud from Proud Family behind, but she’s an adult with two daughters of her own. She and her husband Danny Kilpatrick, 31, welcomed Lyric, 7, in 2010 and Liyah, 5, in 2013. The mother of two shares sweet shots of her girls on social media all the time, and they’re too stinking cute. Christy Carlson-Romano, 34, of Even Stevens and Cadet Kelly does the same with her daughter Isabella, 1. And now that she’s pregnant with her second child, she’s all about posting baby bump pics as well. We can’t get enough!

Take a look at the gallery above to check out the rest of the former Disney actors and actresses with kids of their own. From Kevin Jonas, 31, to Tia and Tamera Mowry, 40, the list goes on and on!