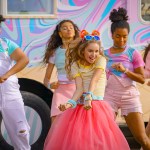 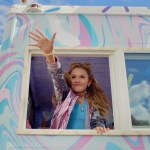 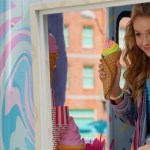 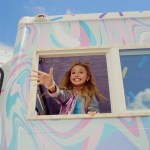 Happy Monday! Coop & Cami Ask the World star Ruby Rose Turner is kicking off a brand-new dance craze with “Ruby Rock,” and HollywoodLife has an EXCLUSIVE preview of the fantastic dance video. In the video, Ruby is the epitome of fun as she dances with her friends. She tosses an ice cream cone at her pals, and when they catch it, they get a bright and colorful wardrobe makeover! And those dance moves? WHOA! The network premiere of the “Ruby Rock” dance video will debut immediately following a Coop & Cami Ask the World marathon on Nov. 12 on Disney Channel.

The full “Ruby Rock” dance video will be available on DisneyMusicVevo at 10 a.m. PT on Nov. 12. If you want to sing along with Ruby, you can download or stream the single or watch the previously released lyric video. If you love Ruby’s dance moves as much as we do, make sure to stay tuned for Ruby’s “How to Ruby Rock” dance tutorial, which will debut Nov. 16 on Disney Channel YouTube.

You can also watch Ruby Rose on new episodes of Coop & Cami Ask the World on Fridays at 8:30 p.m. ET on Disney Channel, in the DisneyNOW app and Disney VOD. The live-action family comedy follows Cooper (Coop) and Cameron (Cami) Wrather, two middle school siblings who co-host Coop’s online show “Would You Wrather.” With the help of their little brother Ollie and Coop’s best friend Fred, the duo fields offbeat questions and results to the show’s millions of followers (aka Wratherheads) who help them solve problems – both mundane and madcap. Every day is an adventure in the Wrather’s hectic household, which also includes their older sister Charlotte and mom Jenna, as Coop and Cami tackle adolescence and everyday family situations with humor and heart.