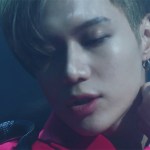 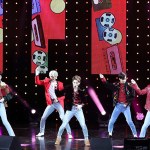 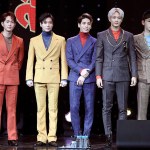 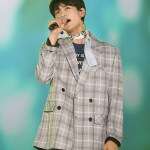 SHINee’s Onew, whose real name is Lee Jinki, is starting a new chapter! The K-pop singer will be joining the army in Dec. 2018, and his fans are so proud of him. See their sweet messages to Onew!

Onew, a.k.a. Lee Jinki, is heading to the army! SM Entertainment revealed the news in an official statement, according to AllKPop.com: “Onew is enlisting on December 10. He wishes to quietly enlist, so to respect his wishes, we won’t be revealing his enlistment time or base camp location. We won’t be holding any separate events either.” At 28 years old Onew is the first SHINee member to begin his mandatory military service journey. The singer is expected to serve as an active-duty soldier. Due to conscription in South Korea, all male citizens between 18 and 35 are required to perform two years of military service.

Once the news of Onew’s enlistment was announced, fans flooded Twitter with messages to the SHINee member. “I’m confident that jinki will do well in the army he’s always so good at adapting and gaining people’s affection wherever he goes,, please don’t get hurt and come back to your shinee world safely,” one fan wrote. Another fan tweeted, “May the strength be with you Jinki… Please be always be healthy and take good care of yourself while you’re away. Stay healthy and don’t change. Come back to us as the old funny yet really adorable man we’ve always loved. I’ll always pray for you.”

I'm confident that jinki will do well in the army he's always so good at adapting and gaining people's affection wherever he goes,, please don't get hurt and come back to your shinee world safely ♡

Jinki enlisting as active duty too. That's mean he is healthy and in good being to serve. My leader, so proud of you! Maybe too early to say but take care, and don't worry about us here, we will look forward to the day you come out and salute us! We will salute you back, leader!

This year has been a busy one for SHINee. In May 2018, the group dropped the first of their three-part album titled The Story of Life. In Sept. 2018, they released their sixth album repackage, The Story of Light-Epilogue, which consists of all tracks from the previous three albums and a new song titled “Countless.” We’ll certainly miss Onew, but he’ll be back soon!