Janet Montgomery, 33, might have announced that she was pregnant on Nov. 5, but the New Amsterdam star is just now showing off her bare baby bump — and she’s much further along than fans expected! The actress took a topless selfie in front of her bathroom mirror, wearing only a loose pair of black pajama pants. Not even the avocado emoji covering her chest could distract from her budding belly! She looked stunning in the pic — the pregnancy glow is SO real! — and happy to be poking her baby bump. She and her boyfriend Joe Fox will be welcoming their little one late this winter.

“We are absolutely thrilled to be able to finally share the news, and I couldn’t be more excited for this next chapter in my life,” Janet told PEOPLE. “I’ve always wanted to be a mother but didn’t expect to be lucky enough to do this with my best friend.” She and Joe have been dating for nearly a year, and this isn’t the first big step they’ve taken in their relationship, considering they’ve got matching tattoos a week ago. The pair got foxes inked onto the inside of their arms, and Joe even got a separate tat on his other arm with his baby mama’s last name in script. Wow!

Thanks to these tattoo pics, some fans already had a sneaking suspicion that the New Amsterdam actress was pregnant. Her bare stomach was showing slightly, after all! “Maybe it’s just the angle of the lighting but are you pregnant?” one asked on Instagram. 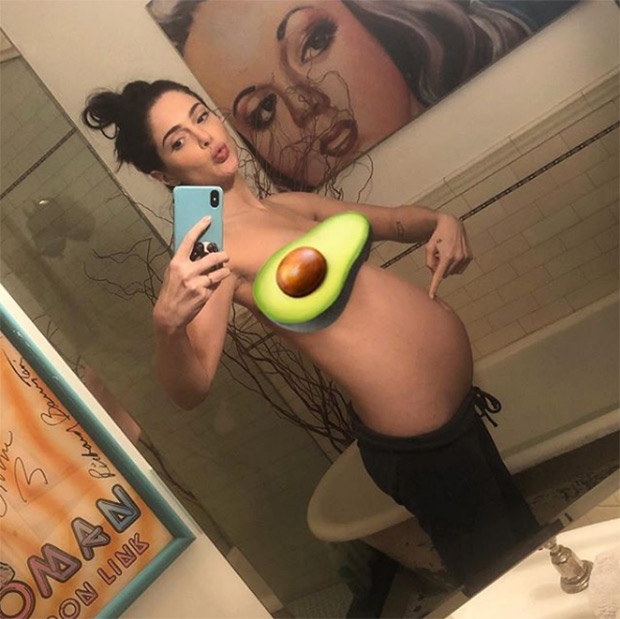 We can’t wait to watch Janet and Joe’s pregnancy journey play out! But as curious as we are about the sex of the baby and its name, we’re also dying to know how she’ll hide her belly on the show as Dr. Lauren Bloom. Looks like the mom-to-be is going to need some larger scrubs!