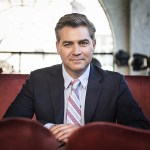 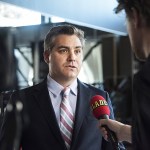 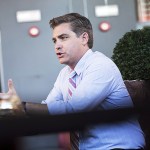 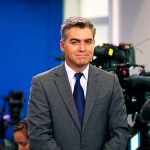 Jim Acosta once again became Trump’s target on November 7, when the president went off on a wild rant about the CNN correspondent being a ‘rude, terrible person.’ See the footage and learn more about Jim.

CNN’s Chief White House Correspondent found himself clashing with President Donald Trump yet again on November 7.As Jim Acosta, 47, attempted to ask the president to clarify his comments about the migrant caravan heading to the US southern border, Trump exploded, calling him a “rude, terrible person.” It’s time to learn more about the incident, and Acosta himself:

1. Trump refused to answer Acosta’s questions about calling the migrant caravan an “invasion” and the Russian collusion investigation. The president didn’t simply just dodge the questions; he attacked Acosta personally. “Honestly I think that you should let me run the country. You run CNN. And if you did it well, your ratings will be much higher,” Trump said, getting visibly angry. Acosta attempted to ask another question, which further enraged the president. “That’s enough,” he said repeatedly, as Acosta tried to speak.  I am not concerned about anything with the Russian investigation because it is a hoax. That is enough, put down the mic.

“I tell you what, CNN should be ashamed of themselves having you working for them. You are rude, terrible person,” he yelled. “You should not be working for CNN. Go ahead. You are a very rude person, the way that you treat Sarah Huckabee Sanders is horrible. The way that you treat other people is horrible. You should not treat people that way.” NBC News reporter Peter Alexander attempted to defend Acosta when he got the mic, leading Trump to call him “fake news.” Original!

President Trump snarled at CNN reporter Jim Acosta, telling the journalist 'that's enough, put down the mic,' and calling him 'the enemy of the people.' pic.twitter.com/YQHe1WKyv1

Hours after the fight happened, Jim Acosta was denied future access to the White House. CNN said in a statement that he has the network’s full support. The revocation of his pass “was done in retaliation for his challenging questions at today’s press conference,” the statement said. “In an explanation, Press Secretary Sarah Sanders lied. She provided fraudulent accusations and cited an incident that never happened. This unprecedented decision is a threat to our democracy and the country deserves better. Jim Acosta has our full support.”

2. This is far from his first fight with Trump. Acosta is the reporter who was famously first called “fake news” by Trump.A true honor! He’s been spoofed on Saturday Night Live, hated by MAGA supporters, and overall become the poster child for raising hell in White House press conferences. He caught Trump’s ire in 2017 by asking him after the Charlottesville white nationalist rally why it took him two days to condemn the groups. “I like real news, not fake news,” he said. “You’re fake news.”

3. He famously fought back against Sarah Huckabee Sanders. In August 2018, Acosta asked Huckabee Sanders, the White House press secretary, if she agreed with Trump’s assertion that journalists were the “enemy of the people.” It went just about as well as you’d expect. She dodged the question, only answering with, “I think the president has made his position known. It’s ironic, Jim, that not only you and the media attack the president for his rhetoric when they frequently lower the level of conversation in this country.”

He asked again at the October 29 press conference, and didn’t hold back: “If the president is going to say the fake news media are the enemy of the people and if you’re going to stand there and continue to say there are some journalists and news outlets in this country that meet that characterization, shouldn’t you have the guts, Sarah, to state which outlets, which journalists are the enemy of the people?”

5. Reporters and politicians are rallying around him after Trump’s insults. Everyone is on Acosta’s side in this latest fight, from fellow journalists, to prominent politicians. CNN’s Ali Velshi tweeted his support, writing, “I worked with Jim @Acosta during my years @CNN. He’s dogged and determined and a credit to his profession. His job is to hold power to account, not to be “nice” to the President or anyone else he covers.” Jeb Bush, the former governor of Florida, and Trump’s 2016 presidential race rival, tweeted, “The media is not the enemy of the people. The freedom of the press is protected by the Constitution. Presidents never enjoy pointed questions from the press, but President Trump should respect their right to ask them and respect Americans enough to answer them.”