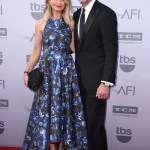 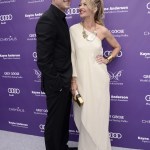 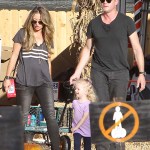 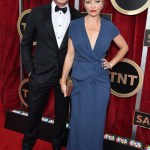 It’s the penultimate episode of ‘The Last Ship!’ In our EXCLUSIVE preview of the Nov. 4 episode, Danny has an important question for Kara: can he come home? Find out what she says now!

The battle ahead is going to be tough, but Danny (Travis Van Winkle) is already looking ahead. In this EXCLUSIVE preview of the all-new The Last Ship, Kara (Marissa Neitling) comes up to Danny after getting Chandler (Eric Dane) reveals his orders. “This is my last mission,” Danny tells Kara. “I mean it. After this, after we do what we came here to do, I’m out. I’m done with war. And after all this, if you and Frankie can stand being around what’s left of me, I’d love to come home.”

Kara is taken off guard by Danny’s words. “You mean that?” she asks. He really, truly does. He wants to know her answer. “We’ll talk about it when you come back,” she tells him. It’s not a no! “You just make damn sure you come back,” Kara adds.

Before their important talk, Chandler gives a speech before they all face their biggest fight yet. “Unlike our initial target in Panama, this beach hasn’t been mapped closely and it’s right in Gustavo’s backyard,” he tells the crew. “I want intel on the surf, the sand, and the landing area. We need to know if and where the enemy has placed guns or troops. Few hundred souls will be storming that beach tomorrow before dawn, I don’t want any surprises.”

The Nov. 4 episode — titled “Courage” — will feature the crew of Nathan James beginning preparations for what may be their most ambitious mission to date. In the series finale, airing Nov. 11, Chandler must face his fears and confront the greatest threat he has ever encountered. The Last Ship airs Sundays at 9 p.m. on TNT.