Sarah Brightman, 58, has new music on the way for the first time in five years, but the singer‘s Oct. 29 appearance on This Morning has fans talking about more than just her voice. They can’t believe how different Sarah looks! She’s kept herself looking so young over the years, but Sarah’s most recent transformation takes the cake. She might be nearing 60, but she looked absolutely stunning with lighter hair and smoother skin. She kept her style on point as well, wearing a black belted dress with a sleeve on one side and a floral patch on the other, plus a statement necklace, tights and flats. A few fans tweeted that she’d had “far too many fillers” done, but others said getting “a little help” was just fine. Whatever the case, Sarah looks great and should own it!

The singer’s flawless appearance wasn’t the topic of discussion on This Morning, though. Sarah was on the talk show to promote her new album HYMN. Not only will it be out next month, but she’ll be embarking on a world tour in 2019 spanning five continents. So on top of looking young, her energy doesn’t match her age either! This woman is incredible, and fans are so lucky that she’s still sharing her amazing vocals with the world. Sarah was cast in Cats in 1981, then was the very first singer to star in The Phantom of the Opera as Christine Daae. What an icon!

This isn’t the first time that Sarah has wowed fans by looking young — far from it! 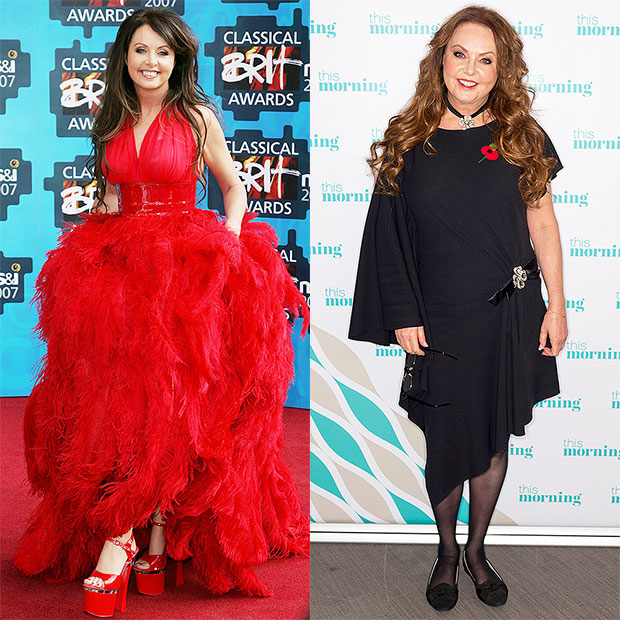 When she showed up to the Classical Brit Awards a decade ago, she looked half her age in a gorgeous red halter dress with a feathery skirt and matching heels. Her waist was impossibly tiny, and her long locks were curled to perfection. So for Sarah, a transformation like this is just business as usual.