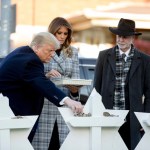 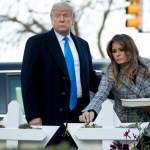 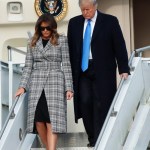 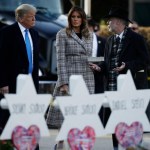 Robert Bowers has been named the alleged gunman in the terrifying shooting in Pittsburgh on Oct. 27 after allegedly saying ‘all these jews need to die’. Here are five things you should know about the man who is suspected of killing eight people.

UPDATE: Bowers has since been charged with 29 counts, including “11 counts of using a firearm to commit murder, weapons offenses and charges alleging Bowers seriously injured police officers while obstructing the exercise of religious beliefs,” according the New York Post.

ORIGINAL: Robert Bowers, 46, has been named as the alleged gunman in the horrifying Pittsburgh shooting that left eight dead on Oct. 27. The shocking incident took place at the Tree of Life Congregation Synagogue when there were approximately 100 people inside. Bowers allegedly opened fire in the location and shot at least 12 people, including four police officers who were on the scene. The police officers reportedly have non life-threatening injuries but the other eight people’s injuries were fatal. Here are five things you should know about Bowers and the details of the horrific act of violence.

1.) He allegedly used an AR-15 “style” rifle in the attack. In addition to multiple handguns, Bowers was armed with the rifle during the shooting, according to a report from Tom Winters at NBC News. He was identified as a “heavy-set white male with a beard” and when he came out for a standoff with police, he was crawling due to injuries he got in the shooting. He also allegedly opened fire on police when they arrived to respond.

2.) There was supposed to be a children’s class going on at the location of the shooting. The attack happened on the third floor of the building at a time when the class would normally be going on but it was canceled that day for an unspecified reason.

3.) He was an active poster on the “alt-right” version of Twitter called Gab. In his posts for the now deleted account on Gab, he expressed his views on various issues, including Donald Trump and immigrants. He also posted several anti-jew messages. “For the record, I did not vote for him nor have I owned, worn or even touched a maga hat,” one of his messages read. In another post that was posted a few days before the deadly shooting he allegedly concocted, Bowers wrote a more detailed opinion on Trump. “Trump is a globalist, not a nationalist. There is no #MAGA as long as there is a k*** infestation. #Qanon is here to get patriots that were against martial law in the 90’s to be ones begging for it now to drain muh swamp. But go ahead and keep saying you are #Winning,” the post read. The same day he wrote, “amazing amount of division on gab today. glas the overwhelming jew problem has been solved so we can now fight with each other.” He also wrote a disturbing bio for the site. “jews are the children of satan. (john 8:44) — —- the lord jesus christ is come in the flesh,” the bio read.

4.) One witness said the shooting sounded like a “loud crash in the hallway.” Stephen Weiss, who was inside the synagogue at the time of the shooting, told the Pittsburgh Post-Gazette that he ran through the building after hearing an “automatic weapon” and took shelter in the basement with a group of people.

5.) The CEO of the Anti-Defamation League said Bowers allegedly “targeted” certain victims because of their religion. Jonathan Greenblatt took to Twitter shortly after the shooting to express his condolences and explain that Jews were targeted while at their holy place of worship. “We are devastated. Jews targeted on Shabbat morning at synagogue, a holy place of worship, is unconscionable. Our hearts break for the victims, their families, and the entire Jewish community,” his tweet read.

After Bowers allegedly exchanged gunfire with police officers on the scene at the synagogue, he was taken into custody.