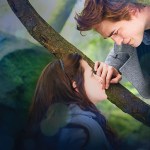 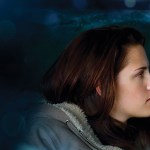 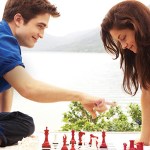 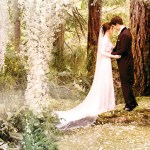 ‘Twilight’ director Catherine Hardwicke spoke EXCLUSIVELY with HollywoodLife about a possible reboot in the future and casting Robert Pattinson as Edward in the role of a lifetime!

The Twilight movie celebrates its 10th anniversary on Nov. 21. In honor of the anniversary, the beloved film will return to theaters on Oct. 21 and 23. The movie, which starred Robert Pattinson, 32, and Kristen Stewart, 28, will also be out on 4K on Oct. 23. HollywoodLife talked EXCLUSIVELY with Twilight director Catherine Hardwicke, 62, about the movie that started a phenomenon.

Since we’re living in an era of reboots and revivals, HollywoodLife asked Catherine about her thoughts on a possible Twilight reboot down the road. She was totally on board with the idea! “I think it would be really fun,” Catherine told HollywoodLife. “I can just imagine that there’s a lot of exciting young actors and a lot more diversity and different kinds of people getting into acting as the world has opened up. We see more interesting characters and more diverse characters on TV. I think it would be great to see a new version. I can’t wait.”

Catherine admitted that out of all the roles Edward Cullen was the hardest to cast. “You had to find somebody with that special quality that you could believe they’ve been self-tortured kind of for 100 years, going through all different emotions, but they also have to be believable,” she said. “That wasn’t the easist combination to find.”

Robert then entered the picture. Before Twilight, Rob’s claim to fame was playing Cedric Diggory in Harry Potter & The Goblet of Fire. “That had been a few years already, and I hadn’t seen too much that he’d done since then, so I didn’t know what he was up to. We talked on the phone from London, but I was like, ‘I’ve really got to meet you in person. And you’ve got to meet Kristen to even have a shot at ths.’ I think he was kind of broke, but he still scraped together the money and flew over on his own dollar and crashed on his agent’s couch and came to the audition.” The rest is history!

Catherine also believes Twilight changed the way audiences viewed female-led franchises. “Before Twilight, there had been the ensemble [movie]. For example, The Sisterhood of the Traveling Pants. They kept telling me that that made like $29 million and was a super popular book, and this movie probably won’t make any more than that. That’s what people thought at the time. Twilight was written by a woman author, starred a young woman in the lead, directed by a woman, and as soon as the movie did really well [nearly $400 million at the box office], people realized that the audiences will go and four more Twilight movies were made, as well as Divergent movies, four Hunger Games movies, and multiple other films.”

Twilight was also a beautiful visual journey, and Catherine loved filming all around Portland. “When I read the book, I was just blown away by the idea that we would actually see vampires in these beautiful forests instead of vampires in the dark alleys of London and Paris that we usually see vampires. Suddenly, we’re going to see them in the woods. That’s something that was very important to me. The cinematograper Elliot Davis and I realized that we always had to have that mist. We didn’t want sun blasting on us. We had a palette of what colors were allowed. You never see anybody wearing a bright yellow or red shirt. It’s all a controlled palette, and the clothes that the Cullens wore were the colors of Arctic wolves. They either had to wear greys, silvers, deep blues, blacks, or whites. As Bella got more involved with him, she started wearing those colors, too.” Catherine also noted that her sister helped inspire the palette of the movie, and she put her sister’s paintings in the movie.

Catherine is returning to the young adult area in the upcoming Dissonance. Her next directorial project is Miss Bala, which will be released in 2019 and stars Gina Rodriguez, 34. “She is so good in it,” Catherine revealed. “It’s a beautiful emotional journey that she takes in that movie. I’m really proud and excited to be a part of it because Sony, a major movie studio, cast a Latina as the lead, so that’s pretty neat.”