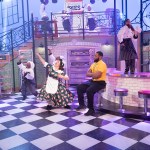 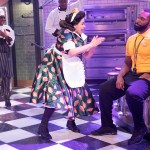 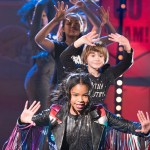 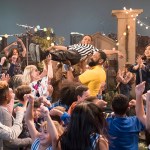 The ‘Raven’s Home’ musical episode was all kinds of epic. HollywoodLife has an EXCLUSIVE behind-the-scenes look into the making of the amazing Disney Channel event. Watch now!

The Raven’s Home musical episode, which aired Oct. 12, was incredible from start to finish. Raven-Symone, Navia Robinson, and the rest of the cast showed off their singing and dancing skills. WilldaBeast Adams and Janelle Ginestra completed the choreography for the episode, and it was such a treat for WilldaBeast. “Working on the choreography for this episode of Raven’s Home has been awesome,” he says. “It’s been different because every scene is so different.”

Raven reveals she has loved having the choreographers on set. “WilldaBeast and Janelle have been such a refreshing energy to our set,” the actress says. “They found our strengths and just put a spotlight on it and made it shine.” Raven also notes, “What I love about this episode is that we’re really saying — why don’t you just pick the best person for the job?” The episode features amazing songs like “Legendary,” which is all about female empowerment. The official music video, which features so many amazing Disney Channel stars, was released on Oct. 8 and already has over 2.5 million views.

The finale number — “Replay the Moment” — features the entire cast, and this is a song that needs to be on replay all the time! “No matter who you are, what age you are, what you want to become, I hope that when people watch they get inspired to do the things that have been in the back of their minds,” Raven says. Audiences can catch their favorite numbers from the Raven’s Home musical episode — Raven’s Home: Remix — again and again on Disney Channel, in the DisneyNOW app and DisneyVOD. A special dance-along encore presentation will also air October 18 at 8:00 p.m. on Disney Channel.