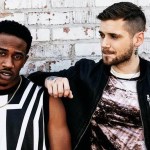 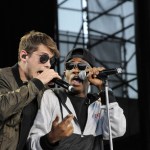 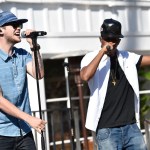 MKTO took the music world by storm with their double-platinum worldwide smash ‘Classic,’ but they’ve got more hits up their sleeve! Listen to their latest, & catch an EXCLUSIVE Q&A with the guys as they return from hiatus.

Malcolm Kelley, 26, and Tony Oller, 27, comprise the double platinum duo of MKTO, and are the creators of the inescapably feel-good “Classic.” Their latest single, “How Can I Forget,” has proven to be a sure-fire hit as well, and fans have streamed the track nearly eight million times in just over a month across both Spotify and Apple Music! We caught up with the guys after the release to find out how they approach viral success, and what else fans can expect from their big return!

Congrats on “How Can I Forget!” How was the process of recording that track, and what was overall vibe you were going for with your first song back?
Malcolm: That was a song we had for a minute while we were on our hiatus. We brought in some new writers to kind of touch it up a little bit, but yeah, it’s just something we felt good about with the timing was right – we kind of switched up some things, ad partnered up with BMG. And yeah we’ve been away for a minute so it’s the first time back in two years and just seeing the streaming and how much fans have been listening to the songs and seeing there’s still support out there, you know, it’s been feeing great.
Was it written about a specific experience?
Malcolm: You know, we had a lot of different writers in the room, but when we kind of came up with that, yeah…we were talking about relationships and ended up falling into that so yeah, that’s kind of where it extends from, but it’s definitely open to interpretation. It was also kind of an ode to the fans, like we’ll ever forget about you guys.
Between the two of you, how does the collaborative process usually work?
Tony: It definitely varies. I mean now, the recording process is constantly evolving. If you want to write, you don’t really have to be present. Right now, I know we both just love writing in general. If with a song, we come out of a session, and think it’s good for MKTO – awesome. If not, it’s still something we love to do. Especially being in Houston, we’d seed ideas back and forth. Prior to that, when I was living in LA, we were definitely all together writing it, but as long as we’re getting to write music I’m happy.
Do you guys ever feel pressure, or is it daunting to release singles after the massive success “Classic” had?
Malcolm: It’s kind of always in the back of your mind a little bit. You try not to think about it too much when you go into the writing room – you just kind of want to have a clear mind, but yeah it’s hard to forget especially when you go places, you hear “Classic” and you walk into a store and “Classic is on,” it’s everywhere. But you know, I think we’re getting ourself started and it opened up a lot of doors for us, which is something I’ll always be appreciative of.
Did you have any idea just HOW successful the song would wind up being?
Tony: We were definitely surprised. We definitely loved the song when we heard it, and it was just more or less, ‘let’s see what happens.’ Same thing goes into writing, I think if you go in with the mindset like ‘oh, we got to make another classic,’ you’re not going to make a hit. Music is always evolving and like he said we’re grateful that got us where it did.
You both have dabbled in acting. Is it hard for you to find balance between the two?
Malcolm: Yeah, it definitely comes with a balance, but I feel like with the time we’ve spent doing the music, we’ve really been giving that 100% focus. I think we both kind of stepped back from the acting, and you know, we were just touring on the road and trying to get that real respect as artists. It’s always been a dream of mine to have them coincide, and maybe down the line even do some directing too.
When you have time off, what are your favorite things to do?
Tony: Well for me, the hiatus was kind of cool in a sense because I had some personal issues to figure out – but it was nice to be with my family for more than a week out of the year. In general I love video games, I like building legos, I love Harry Potter.
Malcolm: Yeah you know just seeing the fam is always good. It helps keep you grounded a little bit. But you know music, as much as it’s a job, it’s a hobby as well, just being in the studio, being around music.
What’s next for MKTO?
We’ve got a first show back in Carolina. Carolina Cares it’s called. We’re just ready to re-meet people who have supported us from day one!