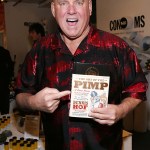 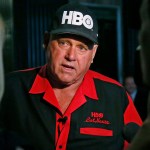 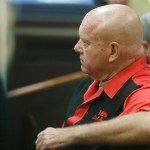 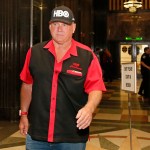 Dennis Hof, the owner of the famed Bunny Ranch where Lamar Odom shockingly overdosed, has sadly died at the age of 72 from a yet undetermined cause. Here are five things you should know about him.

Dennis Hof, 72, who was the owner of the famous Moonlite Bunny Ranch, a legal brothel in Crystal, Nevada, was pronounced dead on Oct. 16 after he was found unresponsive at the ranch at around 11 AM, according to TMZ. Although no foul play has been suspected, no cause of death has yet been released. The Bunny Ranch is where basketball player Lamar Odom overdosed and nearly died back in Oct. 2015 after having cocaine in his system. Here’s everything you should know about the late self-proclaimed pimp.

1.) He first bought and remodeled the Moonlite Bunny Ranch in 1992. It was originally founded in Nevada back in 1955 and after the purchase, he went on to open more locations in the same state. His second brothel was originally named Kitty’s but he renamed it The Love Ranch North. Additional brothels included the Cherry Patch which he renamed the Love Ranch Vegas and the Cherry Patch II which he renamed the Alien Cathouse. The Alien Cathouse was recently sold to business owner Raman Sharma on Sept. 8, 2018. Unlike other brother owners who prefer to keep quiet about their identity, Dennis was very open and even became the president of the Nevada Brothel Owners’ Association.

2.) His fame got bigger after he spotlighted the Moonlite Bunny Ranch on his own HBO series called Cathouse. The reality series showcased what went on in the professional lives of the workers of the Moonlite Bunny Ranch and ran from 2002 until 2014. Two documentary series about the ranch also followed in 2005 and 2007. Dennis was also the producer of the Showtime series Working Girls in Bed and became a published author when he released his memoir, The Art of the Pimp in 2015. The book made headlines for including personal accounts of women who once worked for Dennis that accused him of sexual abuse. It also includes a psychological profile of Dennis from a psychotherapist who claimed that Dennis exploited his employees and showed “sadistic” behavior towards them.

3.) He was an avid political activist and ran for politics. Dennis publicly endorsed Ron Paul in the 2008 and 2012 presidential elections. He declared himself a Republican but had joined the Libertarian Party in 2015. That same year, he ran for a seat in the Nevada state legislature as a Libertarian but lost to James Oscarson. In 2018, he ran again as a Republican and beat James in the GOP Primary. He was in the middle of running in the campaign at the time of his death.

4.) As a self-proclaimed “pimp”, he didn’t believe in monogamy. He admitted to only dating prostitutes and explained that most of his attempted relationships failed because of his infidelity. He came up with his own catchphrase, “There’s no business like ho business” that referred to his dating habits. In his documentary series, Cathouse: The Musical, it was revealed that he dated several of his Bunny Ranch employees, including adult film star Sunset Thomas.

5.) As a way to gain publicity, he hired Tiger Woods’ former mistress to work at the Bunny Ranch. The mistress, Devon James, started working for him in 2010 but Dennis later fired her and shocked everyone when he said, “I wish nothing but the worst for her.”