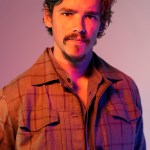 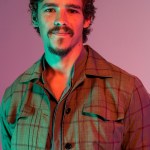 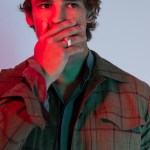 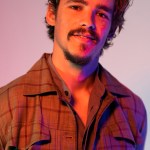 HollywoodLife spoke EXCLUSIVELY with ‘Titans’ star Brenton Thwaites about Robin’s life post-Batman. The character will begin a ‘journey’ of self-discovery and learn how to be ‘a father figure’ in season 1! Watch now!

“Titans is a show that attempts to really delve into what these characters are going through emotionally,” Brenton Thwaites, who plays Robin/Dick Grayson, said during his visit to HollywoodLife’s NYCC exclusive portrait studio. Robin, who’s just left Batman and Gotham, will be starting a journey where he really needs to find out his own identity, and he’s looking for peace, I guess. He can’t help but be consumed by the violence and the brutal way he was trained.”

The series follows Robin/Dick Grayson, who is now working as a detective in Detroit. He comes across Rachel/Raven (Teagan Croft), who needs help in understanding her powers. “We see him basically learning how to be a mentor, how to be a father figure, and how to protect these people and getting it wrong often,” Brenton continued. “It’s kind of nice to see that because he has his own problems about how he was mentored by Bruce Wayne. It’s nice to see Dick kind of getting the flip side of what that would be like and starts the journey of protecting them, helping them find what they’re looking for as well.”

He also added that Titans “doesn’t really have that comedic, uplifting nature that the comic books do have and a lot of the comic book movies and series do have. It has a little bit of a darker edge, so it was very unique in its own.”