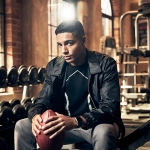 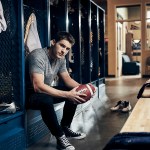 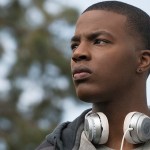 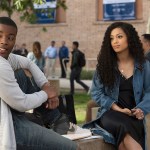 ‘All American’ made its big debut on Oct. 10. The show introduced us to Spencer, a star football player who transfers schools to play for Beverly High. In the final moments of the premiere, the series dropped a possible bombshell!

Spencer is a star player for South Crenshaw High School. He scores touchdowns and wins games easily. During one of his games, shots ring out, and Spencer sees a body lying dead on the street. The varsity coach of Beverly High School, Billy Baker, is at the game and talks to Spencer afterwards. Spencer says it’s just “another day in the neighborhood.” Billy comes right out and says what he’s come to South Crenshaw to say: “I need you to come play for me.” Spencer notes that he can’t recruit, but Billy claims he can get around that.

Billy wants to help Spencer go pro, but Spencer turns down his offer. He says South Crenshaw is where he belongs. Spencer tells his best friend, Coop, about the offer. She thinks he’s insane for not taking it. But Spencer’s thinking of other people and not himself. He’s the one defending Coop at school. He gets into fights at school for her. When Spencer gets home, Coach Baker is at his house. Apparently, Coach went to Crenshaw. He wants to make this work for Spencer and his mom. Spencer’s father is out of the picture.

“You can make something of your life beyond just football,” His mom says. She knows that Spencer doesn’t want to be like his dad and feel like he’s bailing on the family. This is just an opportunity he can’t pass up. Spencer takes three buses to get to Beverly High the next day. He’s there on an academic scholarship. He meets a beautiful girl named Olivia in class, who happens to be Coach Baker’s daughter. He also crosses paths with Layla, Beverly Hills’ resident sweetheart, and Jordan Baker, the quarterback and Coach Baker’s son. There’s Asher, who plays the same position as Spencer and dates Layla. Asher’s pretty rude to Spencer right off the bat, and Layla even calls him out. Spencer and Layla hit it off, and I sense a love triangle brewing.

Coach Baker is putting a lot of stock in Spencer, whom he calls a “game-changer.” Beverly High needs a state title. During practice, Coach Baker tells Spencer to play safety. Spencer’s not happy about that. He came to Beverly to score touchdowns. Coach Baker puts Spencer in his place fast. Spencer finds himself on the sidelines. “Better get comfortable there,” Asher says. Spencer begins having second thoughts about his decision.

Coach Baker asks his son to give Spencer a second chance. The next day, Jordan picks Spencer up and brings him to his house. Everything is going fine until Jordan overhears his dad raving about Spencer. He vows to get rid of Spencer with Asher.

Olivia reveals to Spencer that she’s fresh out of rehab after a pill problem. In the middle of their conversation, Layla walks up to tell Spencer about a party at her place. Olivia warns Spencer to “steer clear of those parties,” but he doesn’t listen. He gets super drunk, thanks to Jordan and Asher, so he’s not at his best when the boosters show up at practice the next day. Spencer confronts Jordan and Asher about setting him up, and he almost gets into a fight.

Spencer tells Coach Baker that he’s quitting. Coach Baker stresses that Spencer needs him more. “You see the field in a way no one else can,” he says. “I said I would help you get to the NFL, but I need you to see the field from every angle.” Spencer goes home, and Coop sets him straight. He goes to Coach Baker’s house. “I want to play in the NFL. I want a life better than the one I’ve been living,” he tells Coach Baker. He knows he has to be better for his mom and brother. He’ll play any position Coach Baker wants, he just needs to know why. “You remind me of me,” Baker says.

Beverly High’s first game gets off to a decent start. Spencer notices a player is hurt on the other team. He knows that’s the key to winning the game. Coach Baker sends Spencer in for Asher, and Spencer makes an epic block that allows Jordan to run a touchdown. After the epic play, Coach Baker goes to Spencer first, not his son. Spencer becomes the big man on campus.

Suddenly, there’s a problem with his academic permit. Spencer thinks it’s over. But Coach Baker has a plan — Spencer will live with him and his family during the week. The final moments of the episode shows that these seemingly perfect people of Beverly Hills are not what they appear to be. Coach Baker goes knocking at Spencer’s mom’s door. “We need to talk,” he says to her. “We got to tell Spencer the truth.” OMG, is Spencer actually Coach Baker’s son?!