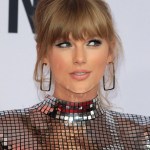 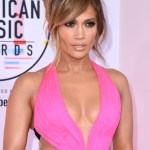 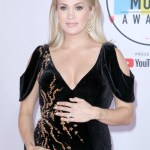 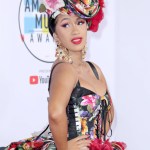 Who knew Tracee Ellis Ross had moves like that?! The 2018 AMAs host performed a dance number of her own at the show, and she shut it down! Watch here!

Well, that’s one way to start an award show! As the 46th annual American Music Awards kicked off, host Tracee Ellis Ross, 45, took to the stage to get the show started. Tracee comically kicked off the night’s shenanigans with a dance performance of her own! Accompanied by 20 female dancers behind her, Tracee strut her stuff for the star-studded audience. The daughter of Diana Ross performed to a medley of hits from Cardi B, Beyonce, Bruno Mars, Ciara, and more! She even showed some R-E-S-P-E-C-T for the late Queen of Soul as she shook her booty to the classic hit from Aretha Franklin. She may have claimed not to be a dancer seconds after her performance, but she definitely knew what she was doing up there!  Before the show, Tracee teased her forthcoming performance on the red carpet, saying: “The point is to have fun.” Tracee truly looked like she had a blast onstage!

The epic performance from Tracee came just seconds after Taylor Swift took to the stage to perform a rocking rendition of her hit, “I Did Something Bad,” from her Reputation album. The performance on the AMAs stage marks the singer’s first in three years. Taylor is a 19-time AMA winner herself, and could earn even more this year! She will compete for artist of the year alongside Drake, Ed Sheeran, Imagine Dragons and Post Malone.

The spectacles will surely continue throughout the night. The star-studded performance lineup this year includes Shawn Mendes, Camila Cabello, Taylor Swift and Dua Lipa, to name just a few! Plus, Gladys Knight is set to pay tribute to the late Queen of Soul, Aretha Franklin. Additionally, Panic! at the Disco are gearing up for a rendition of “Bohemian Rhapsody” for a performance that will pay tribute to Queen.

Judging from the start of the show, the 2018 AMAs will be on for the books! HollywoodLife will keep you posted on all of the biggest highlights as the night goes on.