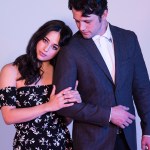 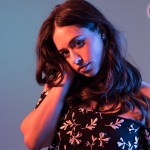 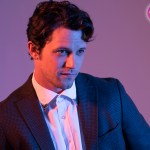 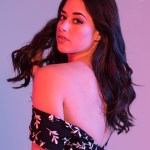 Tom Felton and the team behind YouTube’s new thriller ‘Origin’ chatted with HollywoodLife EXCLUSIVELY to talk up the mysterious show at NYCC. Plus, the Potter alum sounds off on the unforeseen twist about a dark character.

Shockingly, even though there were seven films in the Harry Potter original franchise, stars Tom Felton and Natalia Tena never shared a single scene together. However, all that changes on their new show Origin, an original sci-fi series produced by YouTube that follows a group of strangers trying to survive an alien attack on the spaceship taking them to their new lives on a new planet. In each episode, the audience is also given a glimpse into the complicated lives of these characters through flashbacks, and creator Mika Watkins explained EXCLUSIVELY with HollywoodLife.com at NYCC that when she approached the show, the concept of being ‘in space’ came to her first. That all changed once she started to truly dive into writing the story. “I didn’t want to write something that didn’t feel character driven,” she explained. “I think it was about figuring out who these people were … that’s the driving force of the whole thing. It’s sort of why would everyone want to literally leave their life behind and start again.”

Though the cast kept pretty tight lipped on their roles, preserving the secrets for the show’s premiere on Nov. 14, Tom did lament that viewers may confuse his character Logan for a ‘bad guy’ before they get a chance to know him. “I didn’t know that much about the character before going in because it wasn’t written yet,” Tom shared. “But the concept to me was a very high stakes one… I don’t think any of us are bad people. We’re all just a bit terrified and uncertain about what the hell is going on.” Tom added that it took quite a long time to film Logan’s flashback episode, but that the episode is definitely worth the wait. “I didn’t leave the ship for the first four months, so it was quite  bizarre being on terra firma and seeing sunshine. I was like, “Wow! Actually out in the open!” So it was fun.”

As for Natalia, the first few weeks of shooting Origin were quite challenging, especially given that when her character and the rest of the passengers first wake up to find the ship in distress — SPOILER ALERT — none of them have shoes, and the running around the dangerous ship lasts for three episodes! While Mika reveals the choice helps make the characters more ‘vulnerable’ in their struggle, Natalia explains it was just as painful in real life. “[In the pilot] we had to climb this shaft and as soft as it was a set, it had these little grates — it was painful! There was also a lot of running involved. I was so happy to get shoes.”

Of course, as a major Potterhead, I couldn’t leave the chance to ask Draco Malfoy and Nymphadora Tonks their thoughts on the latest Potter news, namely that the next Fantastic Beasts movie will dive deeper into Dumbledore’s romantic history with Grindelwald and the shocking reveal that Voldemort’s beloved snake Nagini was actually once a woman. Natalia said she was “obviously” thrilled to see more ‘gay and lesbian representation in the films,’ but surprisingly, neither she or Tom had heard about the Nagini twist!

“I’m very excited about that,” he said. “That’s news to me. I think the world seems to get richer and richer as it goes on.” And if you’re hoping to see Tom slick his hair back once more to return to the Malfoy, you’re in luck. He’s pretty game, especially if the powers that be decide Harry Potter and The Cursed Child is turned into a movie. “Hell yeah! For sure!,” Tom said of being in the movie. “I’ll be Nagini. I’ll be Malfoy. I’ll be whatever you want me.”

Fingers crossed — but until then, check out Tom, Natalia, and the incredibly talent cast of Origin when the show premieres on Youtube Premium Nov. 14. Plus, check out some of HollywoodLife.com’s EXCLUSIVE NYCC portraits with stars of other great shows like Roswell, Siren, and Lore in the gallery above!