Travis Scott was mocked on Twitter for his two performances on ‘Saturday Night Live’ on Oct. 6. But while fans were unimpressed, his baby mama Kylie Jenner loved it!

Travis Scott took to the Saturday Night Live stage one week after fellow Kar-Jenner man Kanye West’s controversial appearance. But was the Astroworld star’s performance as buzzworthy? The answer is, yes – but for all the wrong reasons. The 26-year-old performed the songs “Skeletons,” “Astrothunder” and “Sicko Mode.” While many fans were surprised to see guitarist John Mayer, playing in the background, others were furious and took to Twitter to accuse the rapper of using autotune.

One outraged viewer tweeted, “So…um…people actually like Travis Scott? Wtf was that autotuned sh*t?” Another person tweeted, “Didn’t Jay write a song called ‘Death of Autotune’? Why we still auto tuning?! I don’t know anything about Travis Scott except he’s a Kardashian sperm donor. So far not impressed w/his ‘music.’ #SNL.” Yet another SNL fan wrote, “Travis Scott’s performance would have been so much better without autotune.” So, it wasn’t a crowd pleaser then?

Even though many music lovers slammed Travis’ SNL debut, one person loved it! Yes, you guessed it. Kylie Jenner, 21, happily supported her man. Over on her Instagram feed she posted clips of his performances, which she shot on her phone while watching it on TV, not from the live studio audience. On one clip she added heart-eyed emojis and the word, “Hubby.” 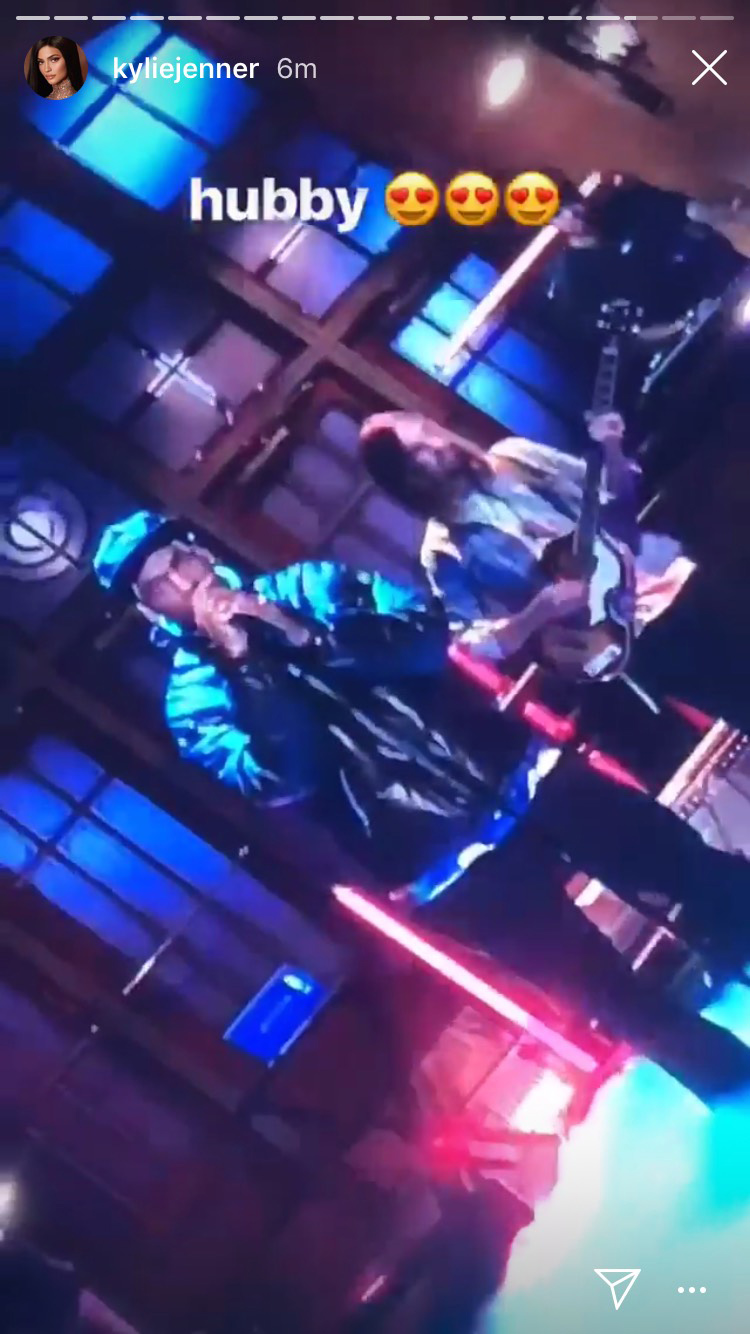 It’s the second week in a row that one of the Kar-Jenner men has taken the stage at SNL. Who could forget the season opener on Sept. 29, when Kanye, 41, was the musical guest on the NBC hit show? A week later and people are still talking about the rapper performing his song “I Love It’ while dress like a life-sized bottle of Perrier with Lil Pump rocking a Fiji water bottle outfit. That, and his pro-Trump rant, of course!

Speaking of which, it must have been very awkward for Travis to be in the studio listening to Pete Davidson diss Kanye during the Weekend Update. We’ll have to wait and see, just how he felt about that cringeworthy moment!