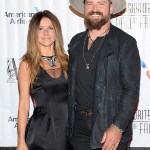 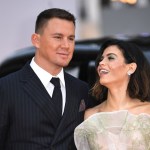 Zac Brown and his wife Shelly are separating after 12 years of marriage and 5 children together. The country singer and jewelry designer issued a joint statement and you can read it in full, here.

Zac Brown, 40, and his wife Shelly, 34, have decided to end their marriage after 12 years together. The country singer and jewelry designer issued a joint statement together, and explained that although their mutual decision was a tough one, they have decided to go their separate ways. However, they will do so with “love, mutual respect, and care for each other” as they move forward. The Browns, who wed in 2006, share five children — son Alexander, 4, and daughters Joni, 7, Georgia, 8, Lucy, 10, and Justice, 11.

“We feel blessed to be on such an incredible journey in life and sometimes the journey begins to lead in different directions. It is with deep love and respect that we announce we are separating as a couple,” said the pair in a joint statement to People. “We have led a whirlwind life together growing into a beautiful family with five amazing children and while life will be rearranging a bit, our love and commitment to our family will always be there,” they continued. “This was a difficult decision, but we’ve done plenty of tough things together and this is our next venture — love, mutual respect, and care for each other are what we are moving forward with.”

“Family comes in all different forms,” they concluded. “We would like to ask that rather than commenting or spending any energy towards this, that you take this moment to send love to your family, in honor of ours.”

In August 2017, Shelly divulged details about the couple’s first meeting. “A friend of his introduced us,” she said during an interview with the Grand Ole Opry, as part of its “Better Half” digital series. “I was really young – I had just finished college.” Shelly attended Georgia State University.