Apparently, Chris Meloni, 57, was feeling cheeky while shooting the new season of Happy! on Sept. 27. The man millions of Law & Order: Special Victims Unit fans know as Detective Eliot Stabler showed a different side of his acting abilities, stalking along the New York City streets in a Hawaiian shirt, a pair of brown work boots and not much else. Considering the extreme violence and black comedy that’s on Happy!, a little bit of Meloni booty is not that shocking. However, some more “sensitive” viewers might be offended by seeing Chris’s bare butt. Here’s hoping they can turn the other cheek and forgive him.

This isn’t the first time that Chris’s butt has caught the attention of fans. During a May 2014 appearance on Conan, Conan O’Brien brought up how Rachel Harris claimed Chris had the “best male butt she’s ever seen,” and how Chris tweeted about having “the best ass on primetime.” Chris claimed there was a national vote for “Best Butt On Primetime,” and that he won! “It’s a little genetic, but I’m not afraid of the deadlift or the squat,” Chris said, proud of his backside, per HuffPost.

Chris does seem to know that he’s packing something special “My ass will b the warm up act and will b signing buttorabilia after show,” he tweeted in March 2015. “Wake up to find my ass has exploded onto the socialmediablogointerweb. I believe it will b touring with Katy [Perry] this summer.” “Sometimes you can’t worry about saving face, you gotta save your ass.” 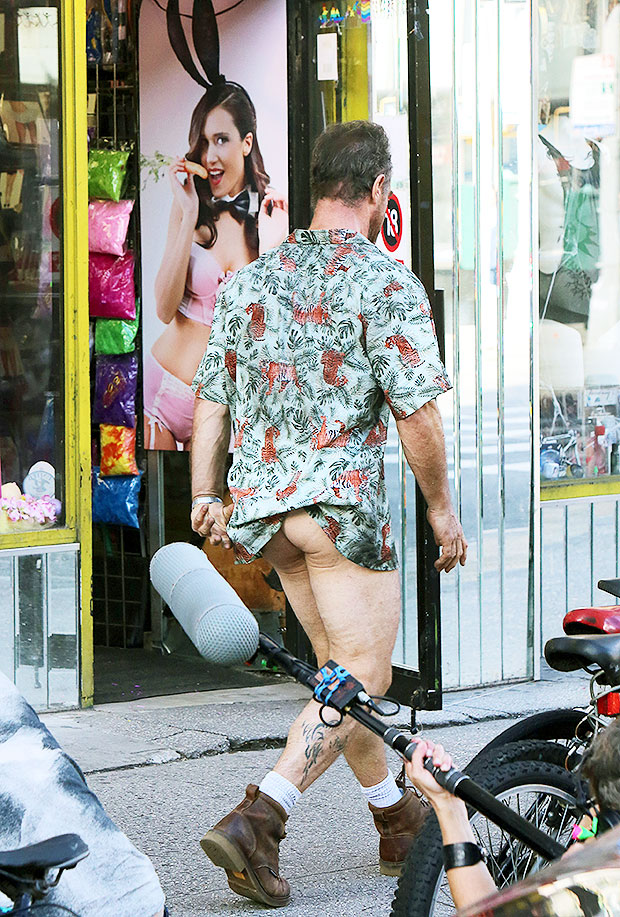 If fans haven’t checked out Happy! yet, they now know what to expect in Season 2. Actually, that’s a lie – it’s hard to expect anything in Chris’s bonkers show. “I read the script, and it was the first time I ever read a script where I closed it up and said, ‘What the f— was this that I just read?’ ” he told Variety in 2017, when discussing the first series. Chris plays Nick Sax, a former NYPD officer turned hitman, who encounters an imaginary blue winged unicorn named Happy (voiced by Patton Oswalt.)