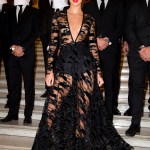 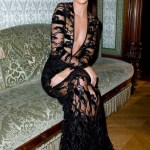 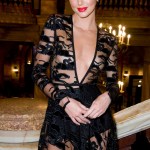 Kendall Jenner was recently shaded by Naomi Campbell during a ‘WWHL’ interview, but the brunette beauty is brushing it off despite feeling ‘hurt’ – we’ve got the EXCLUSIVE details!

Kendall Jenner, 22, may be the highest-paid model in the world, but money can’t always buy happiness. When the Keeping Up With the Kardashians star got wind that one of the legends in the supermodel industry, Naomi Campbell, 48, had shaded her during a WWHL interview, Kendall felt bullied and was really hurt! A source close to Kendall tells HollywoodLife EXCLUSIVELY, “Kendall is sensitive, she has always looked up to Naomi Campbell so having her be so unsupportive is disappointing and really hurts.” The insider went on to explain, “Kendall works hard at her job and feels like Naomi maybe doesn’t really understand or know Kendall‘s work ethic. Kendall feels Naomi is being a bit of a bully and is out of touch with the new generation of models and she wishes she could spread love and not negative energy.”

However, it looks like another OG supermodel came to the rescue of poor Kendall. “Fortunately Kendall has support from the queen of all supermodels, Cindy Crawford,” the pal adds. “Cindy adores Kendall and is always so sweet and encouraging and that’s what Kendall chooses to focus on. Cindy and Naomi are still close friends so there’s a chance that she will play mediator here and Kendall would love that, but she won’t be asking her to intervene.” Kendall’s reaction comes on the heels of Naomi’s appearance on Watch What Happens Live on Bravo on Sept. 26. During the interview the Brit was asked about her thoughts on Kendall being the highest paid model and “cherry-picking” her fashion shows because she could never walk in 30 shows in a season. The British beauty simply responded, “Next question.” The crowd erupted over the shade, and even Cuba Gooding Jr., 50, seemed shocked.

The reality star was listed by Forbes as the “World’s Highest-Paid Model” in 2017 and, with her sizzling new topless Love magazine cover, it’s doubtful Kendall will have to worry about losing her top spot on the highly-coveted list anytime soon. Kendall, is part of the newer generation of supermodels, which also includes Gigi Hadid, 23. This isn’t the first time Naomi threw shade Kendall’s way. During a prior WWHL appearance in 2017, Naomi connected the explosion of social media with the success that models like Kendall and Gigi have, calling it “easier” now because they have “more of a reach.” And we thought the shade was real back then?! Now Naomi doesn’t even acknowledge the brunette beauty!