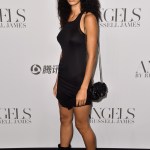 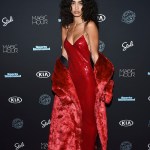 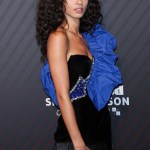 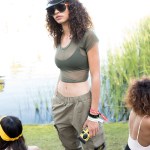 Raven Lyn Corneil is the girl everyone is talking about right now. The gorgeous model is reportedly dating Twitter founder Jack Dorsey, who is nearly twice her age. So, who is Raven? Here’s what you should know!

Raven Lyn Corneil, 23, and Twitter founder Jack Dorsey, 41, are reportedly dating, according to Page Six. Raven is a rising star in the modeling industry, and she’s already making a name for herself. The Minnesota native is gorgeous and incredibly confident. Check out these 5 key facts about Raven!

1. She’s a Sports Illustrated rookie! The model was featured as part of the 2018 Sports Illustrated Swimsuit rookies in Jan. 2018, along with fellow models Olivia Culpo, 26, Sailor Brinkley Cook, 20, and Alexis Ren, 21. Raven posed for a number of sexy bikini photos for the magazine.

2. Raven and Jack were spotted during NYFW. Jack and Raven were first spotted together at the Harper’s Bazaar Icon’s party during 2018 New York Fashion Week, sparking all those romance rumors! It hasn’t been confirmed whether or not they had met before the NYFW party.

3. She starred alongside The Weekend in a hot campaign. In Jan. 2018, Raven posted a photo from a Puma campaign that starred herself, the “Starboy” singer and model Janice Dilone. The Weeknd has a collection with the brand.

4. She’s looking for “passion” in the bedroom. “A man that doesn’t have any passion in the bedroom will never win me over,” she told Maxim. As for sexy fantasies, Raven said: “I don’t like dreaming about it; I just like when the perfect moment happens spontaneously.” Take notes, Jack!

5. She’s an Instagram pro. Raven has over 230,000 Instagram followers after only 331 posts. She is constantly sharing sexy pics from her photo shoots and her travels around the world. She’s also not afraid of stripping down! “Feeling sexy is about being comfortable in your own skin, so I feel sexy no matter where I am,” she admitted to Maxim.