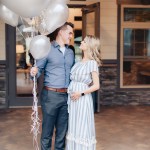 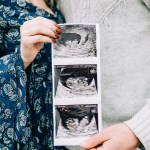 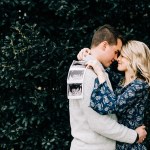 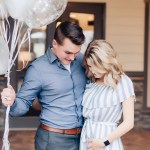 ‘Bringing Up Bates’ star Carlin Bates & Evan Stewart are getting married! Read about how Evan popped the question to Carlin right here!

A congratulations are in order! Bringing Up Bates stars Carlin Bates and Evan Stewart are getting hitched. That’s right, the two of them are officially engaged, after Evan popped the question at Portland Head Lighthouse this past weekend. “To say ‘yes’ to the man of my dreams is an opportunity that is a once in a lifetime dream come true!” Carlin told PEOPLE. Check out her huge engagement ring below!

And according to Carlin, Evan completely nailed his proposal. “I’m overwhelmed by the thoughtfulness that Evan put into this surprise destination engagement,” she added. “It was a magical place with the one person that completes me in every way! I’m overjoyed to be his fiancé!”

Apparently, Evan surprised Carlin in Nashville where she and her parents were visiting their brother Lawson Bates to watch him record a song. Then, they all whisked away to Maine. Before he got down on bended knee, Evan not only had a limo pick the two of them up, he read a love poem to her, and as he proposed, and then the pair danced while a musician played nearby. Honestly, if this isn’t proposal goals, we don’t know what is.

Have you heard the big news? Carlin and Evan are engaged! Check out even more of their amazing photos, plus a video from the couple in the link on our profile. . Photo credit: @twoadventuroussouls . #BringingUpBates #UPliftingEntertainment #Engaged #Engagement #SheSaidYes #Bride #Groom #engaged💍 #sunset #ocean #engagementphotos

We’ll keep you posted as we learn more details about their engagement. In the meantime, check out all of the pics of the cast in our gallery above.