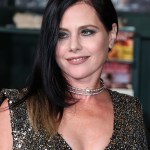 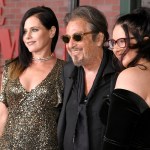 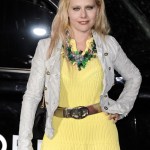 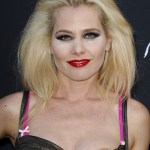 The 78-year-old Al Pacino has reportedly struck up a romance with Meital Dohan, a woman nearly 40 years younger than him. As this rumored romance blooms, get to know all about her.

Hollywood icon Al Pacino, 78, is dating Meital Dohan, 39, according to Page Six. The Scent of a Woman actor was first spotted taking Meital out to dinner at LA restaurant Dan Tana’s, according to Page Six’s sources, and the two have subsequently been seen at a handful of cozy dinner locations ever since. “They’ve been quietly seeing each other for a few months and they seem very happy,” an insider told Page Six. “They initially kept things very private, but now they are not making a secret of their relationship.” Perhaps the fact that Al Pacino is quite literally old enough to be her father is a reason why they kept this romance on the DL. So, who is Meital?

1. She’s an Israeli actress. Meital was reportedly born and raised in a small village outside the city of Ra’anana in central Israel. She started studying acting as a teenager and landed a spot in the Israel Defense Forces Entertainment Corp, which led to her enrollment at the Nissan Nativ acting school. After graduating in 1998 (when Al was 58 years old, mind you) she joined two major theaters and fell in love with the stage. She soon found success as an actress and playwright, but America was calling.

2. She’s best known in America for her role on Weeds. Meital portrayed Rabbi Yael Hoffman on the Showtime series, Weeds. After appearing in a handful of episodes on 2006, she returned in the second-to-last episode of the show in 2012. “The story between our characters was never completed,” Meital told The Hollywood Reporter in 2012. “We left it that way because they knew they were looking to bring me back. They found a spot in their crazy outline.”

3. She’s also a singer. “The whole epiphany about pursuing and focusing on music happened in a very funny way,” she said.  “While doing Dancing with the Stars in Israel, I had a spiritual guide who told me to go back to L.A. and start with my music career.” In 2011, she found success with her song “Yummy.” The music video for the song went viral, after it showed her wearing nothing but red knee-high boots and boxing gloves. Her second single, “On Ya,” featured Sean Kingston and the music video racked up three million views in a single month. “My whole life I was always a writer and a creator,” she adds. “I’m an artist changing from role to role. That’s how I see myself.”

4. Meital also does comedy. “I have to keep it funny. My general approach to life is you have to have a sense of humor,” she said in 2012. Back in her native Israel, she played Nataly, a central role on that country’s version of Ugly Betty. The series won the Israeli TV equivalent of an Emmy for Best Comedy in 2003.

5. She’s not Al’s first “May-December Romance.” Prior to this rumored romance with Meital, Al was involved in a long-term relationship with Lucila Sola, a 42-year-old Argentinean actress. Her daughter, Camila Morrone, 21, is supposedly dating Leonardo DiCaprio, 43.