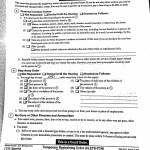 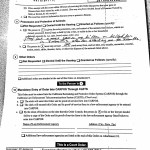 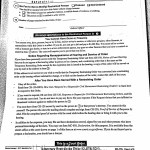 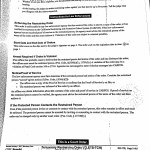 This is WILD! Beyonce’s former drummer has accused her of murdering her kitten. But that’s not all she’s blaming the singer of doing, as evidenced by explosive new court docs! See them here.

Beyonce‘s former drummer, Kimberley Thompson, requested a temporary restraining order against the “Apeshit” singer, as she claims Queen Bey subjected her to “dark magic,” “extreme witchcraft,” and “magic spells of sexual molestation” over the course of the seven years they worked together. Wild, right? After we initially learned Kimberley was accusing Beyonce of molestation on Sept. 20, HollywoodLife obtained our own copy of these shocking court docs and the extent of Kimberley’s claims against the singer are staggering.

Kimberley’s list of complaints in the court documents include the “loss of many jobs,” “theft of homes,” and “magic spells on my lovers”. She even blames Beyonce for “numerous broken relationships”. Oh and let us not forget that Kimberley also accused Beyonce for the murder of her pet kitten! As far as why Kimberley thinks Beyonce would want to harm her, she didn’t make that clear in the court documents. In fact, she didn’t list a motive at all in her claims.

Unfortunately for Kimberley, a judge denied her request for a temporary restraining order, writing that “evidence in support of allegations is insufficient”. Even so, a large number of Twitter users reacted to the news, and their tweets are hilarious. “Use that witchcraft on me @beyonce i’m begging,” one fan on Twitter asked, while another joked, “like a restraining order going to stop her lmao queen of witchcraft.” A user also added, “I mean if that’s what it takes to have her money? Sign me up. #Beyoncé I’m ready.” Clearly they just seem to be having fun with the claims, but if you ask us, it seems as though Beyonce could do just about anything and her fans would still love her. Want to know what else Kimberley had to say about Beyonce? Read the full, detailed, court docs in our photo gallery above!

Since the court documents have emerged, Kimberley told HollywoodLife EXCLUSIVELY that she’s “very disappointed at the exploitation of whoever released my private documents from the courthouse to The Blast.” She continued, “I have received several abusive messages and hateful threats from her fans on top of the abuse that I am currently trying to heal from her and others she worked with to harm me.”

HollywoodLife also reached out to Beyonce’s rep, but did not receive an immediate response.