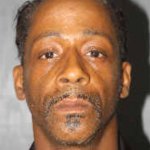 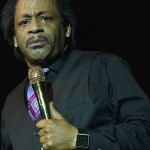 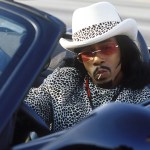 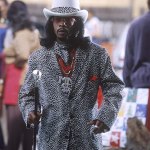 Comedian Katt Williams told police Saturday night that the husband of radio show host Wanda Smith pointed a gun at him outside of a Atlanta comedy club. Here’s what you should know about the popular radio personality.

After Katt Williams, 47, allegedly berated V-103 radio host Wanda Smith, her husband, LaMorris Sellers, was not having it. The man reportedly pointed a gun at the famed comedian outside the Atlanta Comedy Theater in Norcross. Now, as the investigation continues, everyone is wondering: who is Wanda Smith? Here are the top five things you need to know about the radio show host.

Wanda is a veteran at V-103 radio, an urban contemporary formatted station in Atlanta. There, she hosts the shows, Wanda in the Morning, as well as The Ryan Cameron Morning Shoe With Wanda Smith. Her voice can be heard Monday through Friday from 6 a.m. to 10 a.m.

2. She reps the city of Atlanta.

Wanda is proud of her Atlanta roots. She has been named Atlanta’s Happiest Girl in Atlanta’s Good Life Magazine,  in their Who’s Who in Black Atlanta Empowered Women’s edition. Plus, she has chosen to raise her family there, and her bio even states: “Their constant love, support, understanding and willingness to share her with the city of Atlanta is what makes her the phenomenal woman that she is.”

3. She gives back to her community.

According to her bio, Wanda has conducted groundbreaking work with the Heartburn Foundation. Plus, Girls Stand Together, Inc. is her new organization that empowers young girls to be amazing young women and is currently in its incubation.

4. She underwent an intensive surgery in 2017 that left her off-air for several weeks.

Last year, it was reported that Wanda was recovering from surgery after an abscess was removed from her ovary. She spent more than two weeks in two different hospitals but made a quick recovery, and was back on air within several weeks.

5. She’s got an impressive resume.

She may be known for her popular radio show, but Wanda is also a comedian and an actress. She calls comedy her “first love.”