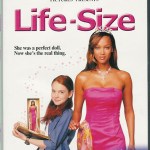 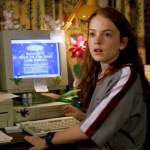 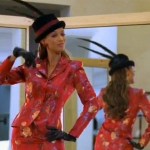 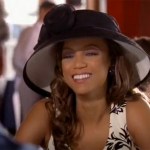 Francia Raisa is just as excited as the rest of us for ‘Life Size 2.’ HollywoodLife spoke EXCLUSIVELY with the star about the sequel and what she’s learned from the ‘humble’ and ‘genuine’ Tyra Banks.

Francia Raisa, 30, will star alongside Tyra Banks, 44, in the highly-anticipated Life Size 2, which will premiere during Freeform’s annual 25 Days of Christmas. The movie is a sequel to The Wonderful World of Disney’s 1999 hit Life Size, starring Tyra and Lindsay Lohan. Lindsay will not appear in the film due to a scheduling conflict.

HollywoodLife spoke EXCLUSIVELY with Francia at the EW’s pre-Emmys Party, and she assured fans that this sequel will not be a letdown. When asked how the movie will avoid a sophomore slump, Francia told HollywoodLife, “Because Tyra Banks is in it. That’s why. It’s awesome already because of her. I mean, I think in the first one, she made the movie. Listen, I’m an OG fan. I loved the movie when I was 12. So even as an OG fan, I understand everyone’s passion for it. I had the same one. I haven’t seen it yet, but I’m very happy with the results, and I hope everyone else is, too. Tyra’s in it. It’s not like there’s a new doll. I think that if there was a new doll, then I would be boycotting it.”

Francia also revealed that she’s learned so much from Tyra while working with her on the movie. “I mean, she’s one of the most humble, most genuine people that I’ve ever met,” Francia continued. “She hung out with us in between takes. She is who you see on camera, just so loving and really caring about everyone and passionate. That’s what she is. She definitely taught me about this industry. Gave me a lot of career advice. Any time I had any decision, she’d be like, ‘No, do this. No, do that.’ And I was very grateful for it, because people don’t really do that.”

Francia will play Grace Manning, the CEO of Marathon Toys, a huge toy company started by her mother that is most famous for manufacturing the iconic Eve doll. Grace is also in the middle of her quarter-life crisis and realizing that she is in over her head as CEO. To make matters worse, her wild-child ways are causing the company’s stock to plummet. The movie will also star Gavin Stenhouse as Grace’s potential love interest Calum; Shanica Knowles as Tahlia and Hank Chen as Brendan, who are Grace’s best friends; along with Alison Fernandez as Lex, Grace’s young next-door neighbor.