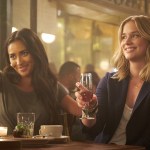 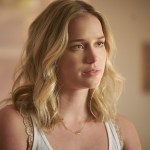 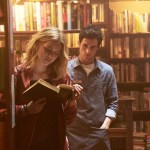 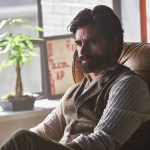 Joe Goldberg killed his first victim (that we know of) on the Sept. 16 episode of ‘You.’ HollywoodLife spoke EXCLUSIVELY with the actor who plays [Spoiler] about filming that jaw-dropping death. SPOILERS AHEAD!

Poor Benji. As big of a tool as he seemed to be, the guy didn’t deserve to die like he did. Joe (Penn Badgley) continued his quest to get closer to Beck (Elizabeth Lail), and that came at the expense of Benji’s life. Joe kept Benji trapped in his cage of books until he decided what to do with Beck’s fling.

At the end of the Sept. 16 episode of You, it seemed like Joe was maybe softening up towards Benji, but that was definitely not the case. He couldn’t take the risk of Benji exposing him. Joe poisoned Benji’s latte with peanut oil. “He’s lied about so many things,” Joe said. “Who knew the peanut allergy was real? Guess Benji’s going to die an honest man.”

HollywoodLife spoke EXCLUSIVELY with Lou Taylor Pucci, who plays Benji, about Benji’s grim fate. He admitted that filming his own death scene was a little strange. “I think I’ve done that a lot [filmed death scenes],” Lou told us at the show’s premiere event. “It’s always weird. You kind of think, ‘Would I die this way? Is this how I’m going to die? Will it feel like this?’ For that scene, strangely, it was the end of the day. All the other scenes were wordy and intense. We actually didn’t have a lot of time to film it, so we went into it very spontaneously. I was asked to do what I thought I was supposed to do. The director just said, ‘Do it the way you believe you read it should be done.’  He said the same thing to Penn, and then he didn’t correct us. At the end, when I asked, ‘Okay, but how do I die? What do you want from the death?’ He actually said, ‘I just want you to topple over like a tree.’ I just held my breath and went for it.”

Although Benji appeared to be a pretentious guy, Lou believes there was more to Benji than his artisanal soda. “I think he was a good guy but had a kind of crappy moral compass,” Lou said. “I’m biased. I think people who grow up with money have a natural ignorance towards a lot of things, so basically I think he was just a little ignorant of what life is like for everybody else.”

Brace yourselves, people. Joe is just getting started. Benji was just the first. You airs Sundays at 10 p.m. on Lifetime.