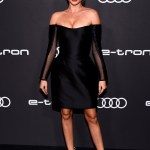 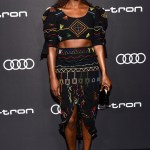 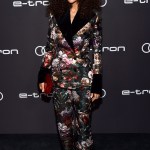 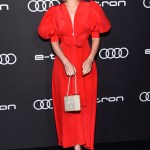 ‘This Is Us’ season 3 is going to go way back into Jack’s past. HollywoodLife spoke EXCLUSIVELY with Milo Ventimiglia about finally exploring Jack’s Vietnam War backstory and more!

This Is Us season 3 will be traveling back in time to explore Jack’s past before Rebecca and the Big Three. HollywoodLife talked EXCLUSIVELY with Emmy nominee Milo Ventimiglia, 41, about what it’s been like digging into Jack’s Vietnam War days.

“[It’s] kind of like a missing puzzle piece,” Milo told HollywoodLife at the Audi pre-Emmy party on Sept. 14.” We learned so much about Jack, we’ve known so much about Jack, but really, there had been only about 36 hours worth of Jack than an audience knew and fell in love with. For me, playing him, his past informed who he is that we know of him in such a way that I’m really enjoying playing the younger side of Jack, knowing the creation of the man that people seem to love.”

Milo also admitted that he had created his own backstory for Jack before the show started exploring his past: “There was a version early on where I said to [creator] Dan [Fogelman], ‘You think Jack is a Vietnam vet?’ And he goes, ‘Gee, I don’t know maybe.’ I said, ‘Listen, I’ll let you and the writers kind of figure that out, but because of when he was born and the age and era in which he was a young man, I’m just going to — in my mind, in my heart — think that he experienced the Vietnam War. I’m just going to put that in the back of my mind and my heart and if you guys get to it, cool.’ And they did. It turned out to be really informative thing for Jack, and we’re going to show that story this season.”

As for the biggest lessons he’s learned from Jack? “Just be present. Love deeply,” Milo said.   The flashbacks to the Vietnam War will also feature Jack’s brother, Nicky, who will be played by Michael Angarano, 30. Jack told Randall and Kevin in season 2 that Nicky died in the war. This Is Us season 3 will premiere Sept. 25 at 9 p.m. on NBC.