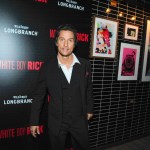 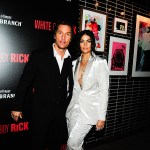 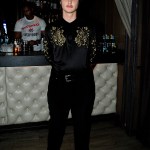 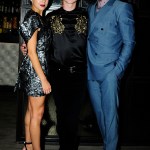 Matthew McConaughey shared with HL his immediate reaction after he read the true story script of ‘White Boy Rick.’

Matthew McConaughey has starred in so many dynamic roles, that when he’s away from the big screen for too long, we find ourselves immediately longing for him to come back. It’s only been two years since his Wall Street film Gold and a year since the Stephen King western The Dark Tower, but it has been what feels like a long five years since Matthew’s award-winning performance in Dallas Buyers Club. In White Boy Rick, which is in theaters starting Sept. 14, we see Matthew in the same light, as Rick Wershe, a single father illegally selling guns on the streets of Detroit, in the height of the crack epidemic in the ’80s. “Oh, it was sad,” Matthew recalled his first time reading the script to HollywoodLife.com in an EXCLUSIVE interview. It’s a tragic story. But, there are so many good intentions. So many hearts in the right place, but love and just wanting to and having a good heart isn’t enough to pull it off.”

In this true story, Rick Wershe’s son, Rick Jr. (Ritchie Merritt) starts to sell drugs, to help keep the family afloat, without his dad’s knowledge. FBI agents catch on to Rick Wershe’s weapon . sales, and give his son a choice: become an undercover drug informant in exchange for keeping his father out of jail. Things go awry when Rick Jr. gets in too deep and becomes a drug dealer himself, and gets in trouble with the system. Richard Wershe Jr. became the youngest FBI informant ever, at the age of 14. “Tragedy,” Matthew said, shaking his head. “It’s just plain tragedy.”

On the other hand, actress Bel Powley, who plays Rick’s daughter Dawn, was shocked when she first learned about the story of White Boy Rick. “I couldn’t believe that this was a true story. I mean I think stories as crazy as this, people never believe it’s true,” she told HollywoodLife at a screening of the film at the famous Paris Theater in New York City. The real Richard Wershe Jr.  is currently in prison, where he was sentenced for life in 1987 for possession of cocaine in excess of eight kilograms.

Following the screening of White Boy Rick at the Paris Theater, guests were treated to a lively after-party, put on by Andrew Saffir and Cinema Society, at The Skylark. Attendees drank Wild Turkey Longbranch cocktails, named thematically The Informant and Detroit Dream after the film.