Time flies! Stormi and Chicago are somehow old enough to have play dates, and their latest was slumber party goals. Take a look!

We’re seeing double! Stormi Webster and Chicago West are both seven months old and look like twins in their latest pic. Kylie Jenner, 21, posted the sweet shot of her daughter and Kim Kardashian‘s youngest having a slumber party on Sept. 11, and the girls were dressed in matching pink pajamas. The two-piece sets looked super soft, and the babies couldn’t have looked cozier lying together on a pink blanket. Stormi was in motion, her leg a little blurry and her mouth open like she was in the middle of babbling, while Chicago cuddled up to her cousin and looked away from the camera.

Does it get any cuter than this? TBH, we doubt it. Fans have been freaking in the comments, telling Kylie how adorable Chicago and Stormi are — not to mention how much they look alike. One person asked if she’d had twins without telling anybody, and another added, “Those Kardashian/Jenner genes are strong! I couldn’t tell which one was which at first. So cute.” The matching pajamas and their cute curls sure aren’t helping!

Chicago has been all over social media lately. Just this week alone, proud dad Kanye West, 41, posted (and then deleted) an adorable photo of him kissing the top of her head. And that same day, Kim called Chi her “Cherry Blossom Baby,” in a beach shot. The seven-month-old was dressed in a floral one-piece bathing suit and had a big smile on her face while her mom kissed her at the beach. Too cute! 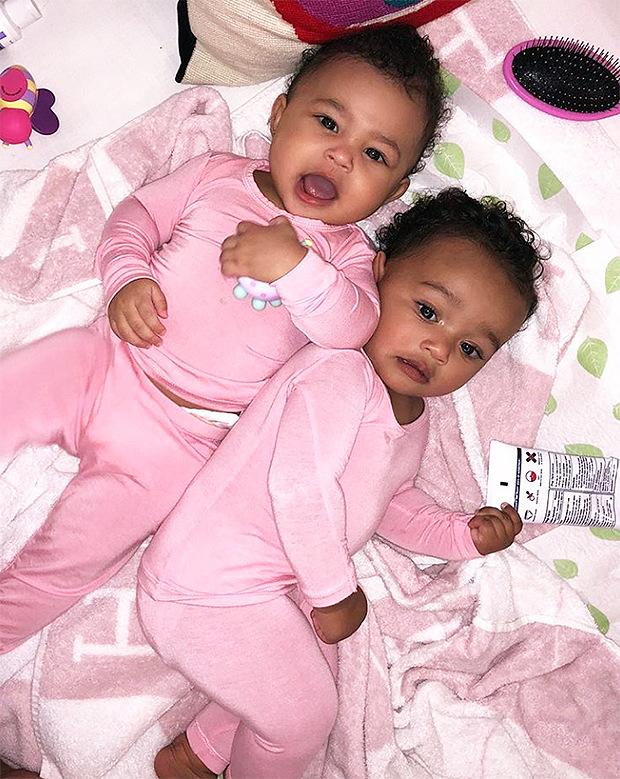 Remember the days when Kourtney Kardashian, 39, was the only sib with kids on Keeping Up With the Kardashians? Now there are babies all over the place — and we definitely aren’t complaining. Just look at these sweet faces!