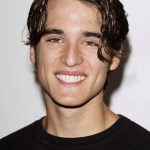 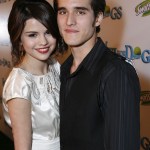 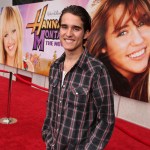 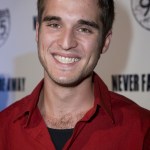 Just one day after ‘Wizards of Waverly Place’ star David Henrie was arrested, fellow cast member Daniel Samonas was booked at Burning Man Festival. You can’t make this stuff up!

Remember when Selena Gomez‘s Wizards of Waverly Place character dated Dean Moriarty? Played by Daniel Samonas, 28, he was the bad boy who sold fake tattoos in the bathroom — and now he’s the real-life bad boy who was arrested for a DUI at the Burning Man Festival, according to TMZ. Yikes! The Canadian actor enjoying his time at the annual event, posting pics on social media of fire cannons and outdoor bathtubs, but that came to an end sometime between Aug. 25 and Sept. 3. Daniel was arrested for driving under the influence in a neighboring Nevada county.

Something must have been in the water on the Wizards of Waverly Place set because his co-star David Henrie, 29, was just arrested on Sept. 10 for trying to carry a loaded through a TSA checkpoint at LAX. He took responsibility for the situation in a tweet that night, writing, “I unintentionally brought my legally owned gun which is registered in my name to the airport. I am so sorry for any trouble it caused, but I am appreciative of TSA’s efforts in implementing the safety laws that are in place to protect our beautiful country. More than anything I am humiliated and embarrassed that this even happened. But am thankful to the TSA, LAPD and all involved today for their kindness and their professionalism during this process.”

We wonder if Daniel will be releasing a statement of his own soon addressing his DUI charge? The actor has been silent on social media.

It may be said that bad things happen in threes, but we sure hope that tomorrow doesn’t bring another Wizards of Waverly Place arrest. Two in a row is enough, don’t you think?