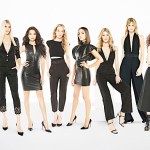 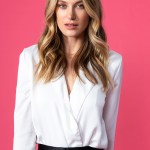 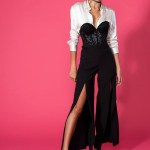 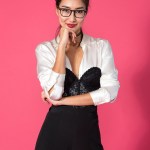 Get ready, because ‘Model Squad’ is going to change everything you think you know about modeling. Shanina Shaik, Devon Windsor, and Nadine Leopold spoke with HollywoodLife EXCLUSIVELY about rejection, the VS Fashion Show, and more!

E!’s Fashion Week series Model Squad premieres Sept. 4 at 8 p.m. HollywoodLife talked EXCLUSIVELY with cast members and famous models Nadine Leopold, 24, Shanina Shaik, 27, and Devon Windsor, 24, ahead of the premiere about what it’s really like to be a model in the industry. The docuseries will feature a real aspect of their careers — rejection. “It doesn’t matter what you do or how you look, in our career we deal with rejection more than ever. The ratio of rejections to how many jobs I’ve gotten… rejection has been way more,” Shanina told HollywoodLife. “[There’s been] a lot of tears. It tears you down mentally because then you start thinking: am I really good enough to be a model? Do people like me? Then you start thinking: Am I pretty? You have to have a strong backbone in this industry because it plays on you.” Devon added, “It’s humanizing as well. People think that we’re these robotic people, and it’s like, no, everybody gets rejected, even top models in the industry.”

Model Squad will also feature the ups and downs of the Victoria’s Secret Fashion Show. Devon and Shanina both walked before the 2017 show, but it was Nadine’s first time. So, why is the VS Fashion Show so important to these girls? “It gives you a title that no one can ever take away from you,” Nadine said. “If you go on Wikipedia and actually go through the list of girls that have ever done it, it’s not that big. Being a part of that, no one can ever take that away from you. It’s the best accomplishment.”

Devon noted that the show is a game-changer for models. “It’s the ultimate goal for a lot of girls in the modeling industry, to get that exposure, and it’s a lot of exposure for one job. Now that social media is playing such a huge part in our career… I remember getting the first show I did, which was 5 or 6 years ago, and social media wasn’t even that big. I remember getting thousands and thousands of followers and just freaking out because it kind of makes you feel important. I just remember feeling like people know me by Devon now.”

Shanina added: “I agree with Devon. Once you’ve done a big show like Victoria’s Secret, it’s career-changing and creates a brand for yourself of where you’re not just the model or the girl putting on the clothes or the girl in front of the camera, you are yourself. You have a name now. That’s what Victoria’s Secret does for you. But it’s also fun. It’s full of beautiful women, and they’re fit and gorgeous. I can also show my personality as well.”

Even though they’ve done the Victoria’s Secret Fashion Show, the pressure is still on for these models. “I think it’s worse,” Nadine told HollywoodLife about the pressure to return to the show the next year. “I thought it would be less. [It’s] way worse because you’re expected to do it again.” Devon admitted that she “felt so nervous last year. That was probably the most nervous I’ve ever been for a casting. Last year was my most nerve-wracking year ever.”

These beautiful women want Model Squad to show a different side of themselves. “A lot of people do judge thinking the word ‘model’ means a glamorous lifestyle,” Shanina told HollywoodLife. “We do have it easy, but for me, it [doing the show] was something to get into to show my personality, to show that there’s more to being a model, what we do, and how we work. And then also how we try to balance a lifestyle. It’s hard to balance family, friends, and especially our partners in our love lives. We want to try to have some normality, but we’re trying to work. We’re young girls trying to build a career. “

Devon said it’s “really exciting to show fans the hardships, the ups and downs that we go through. Yes, it is a glamorous job, but at the same time it’s also very strenuous, mentally exhausting, stressful, and it’s fun for people to be able to relate to us because sometimes we’re unrelatable when they see us traveling and on a beach. I’m excited for people to see that it’s not like that. It’s hard work.”