Uh, you got something there on your lip, Justin Bieber…oh. Biebs’ ‘stache was in full bloom during his night out with fiancée, Hailey Baldwin, and he totally looked like a throwback to the 1970s.

Hailey Baldwin, 21, and Justin Bieber, 24, were all smiles when they left Hillsong church in Los Angeles on Aug. 29, and on top of Justin’s smile was his now full, busy Bieber mustache. Justin’s ‘stache, combined with shaggy hair, his light blue, tropical shirt (unbuttoned enough to show off his chest) and rolled slacks made him look like he stepped right out of Dazed & Confused. Like any groovy bro, Justin gave a “thumbs up” to the paparazzi before he and his fiancée jumped into a car. The couple was then seen headed to Mastro’s Restaurant in Beverly Hills for a bite to eat. Hopefully, he zipped up his fly, because those pants made it look like his zipper was down. Yikes.

The Bieber ‘stache may be less about Matthew McConaughey’s Wooderson and more in tribute to David Spade’s Joe Dirt. When Justin showed off the growth on his upper lip on June 26, he cited the movie as the inspiration for his mustache. “I am joe dirt,” he captioned the uncomfortably close-up shot of his face. Either Justin really, really likes the 2001 comedy or he was poking fun at how he looked. Or both?

Yet, it seemed that the “Baby” singer was returning to his baby-faced ways in early July. While stepping out in New York City with Hailey, Justin’s ‘stache was gone! In fact, he was completely clean-shaven, and Beliebers celebrated the shaving (as it seems his fans aren’t fans of his facial hair.) Supposedly, Justin told one of his fans in NYC that “Hailey made [him] shave it off. Well, not made me, but you know.” Well, on behalf of Beliebers, bravo on that, Hailey. 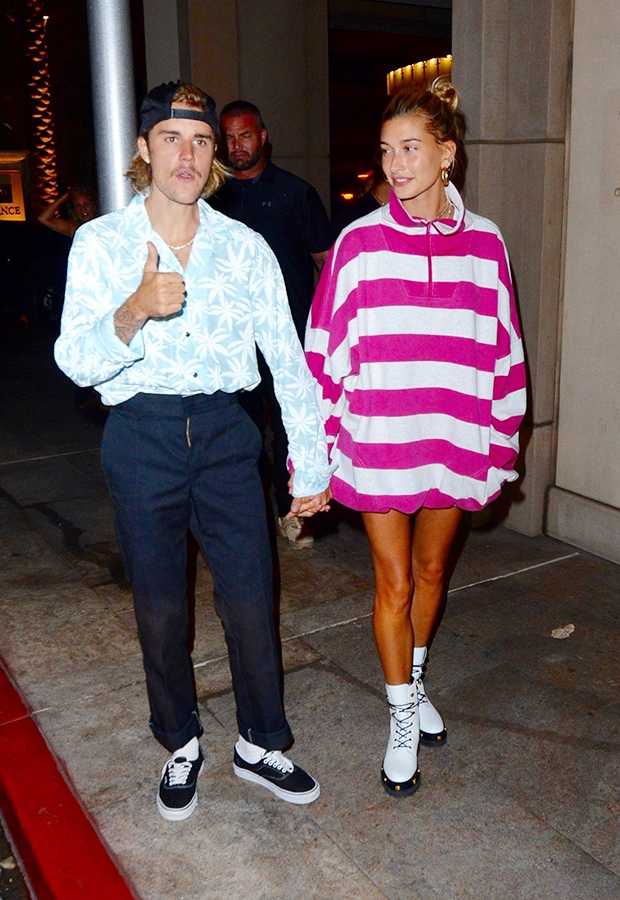 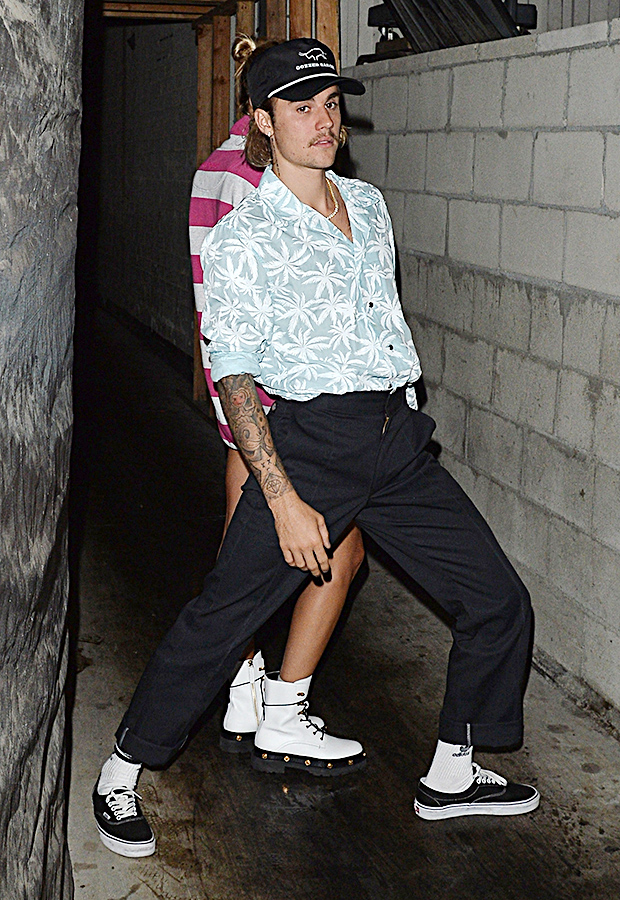 Justin and mustaches are nothing new. He famously shaved off his baby ‘stache in 2014, sharing a video of the shaving to his Instagram (that’s still available today, surprisingly enough.) “R.I.P. stache,” an incredibly young-looking Justin says before applying the razor to his face. With Hailey reportedly not a fan of the facial hair, it’s unlikely that Justin’s current stache is going to last until their wedding. Will he make a video when he shaves this mustache off? Or should he ignore everyone and just let his facial hair flow freely? Maybe he’ll even grow a beard – how weird would that be?