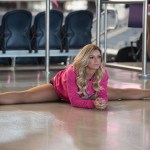 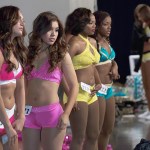 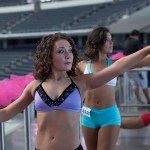 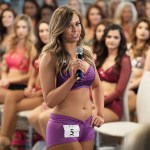 ‘Dallas Cowboys Cheerleaders: Making the Team’ season 13 is underway, and HL spoke EXCLUSIVELY with mentor Melissa Rycroft about training camp drama, why she keeps coming back to the show, and more!

Melissa Rycroft, 35, was once a Dallas Cowboys cheerleader and now she’s a mentor and showmanship coach. Season 13 is now airing, and Melissa opened up to HollywoodLife about why Dallas Cowboys Cheerleaders: Making The Team is so near and dear to her heart. “You know, I think, personally, I get a lot of satisfaction working with these young girls three months out of this entire process and seeing the growth in them and seeing them accomplish a dream of theirs,” Melissa told HollywoodLife. “If I have had any part in making that happen that is where I get the satisfaction, out of knowing that maybe I helped to change a young girl’s life. You can’t do that very often so it is exciting!”

This season brings a new set of rookies, but that doesn’t mean the veterans won’t be stirring things up. “Well, you are going to see things that you have always learned to love, but this year there is some drama with some veterans in training camp,” Melissa continued. “You know, we have never really seen a veteran get cut before and the conversation is open this year.”

Melissa also noted that there is a discussion this season about body image. “I love the way it was presented this year and that it is about health. Obviously, that is something in society that is really big right now, and I really appreciate the way it was touched on this season,” Meghan told HollywoodLife. “It’s not exactly physically what you look like, it is a health issue and are you healthy… What can we do to maintain everyone’s health and safety throughout the season? So that is something new and excited to see them touch on this year.”

This upcoming NFL season is going to be a game-changer. The Los Angeles Rams and the New Orleans Saints will have male cheerleaders dancing on their squads for the very first time. HollywoodLife asked Melissa whether or not she thinks the Cowboys will ever get a male cheerleader. “You know I don’t know…  And I say I don’t know because I have never seen it. The world of the Dallas Cowboys cheerleaders that I have grown up in has always been a team of dancing women,” Melissa said. “Obviously, changes would have to be made to the uniform. If that is the trend, then, obviously, the Cowboys would adopt to what is kind of happening in society, but I also feel that it is open for debate and discussion as to why are we changing. Are you just doing this because it has been brought up? There are still a lot of things that men do that women don’t, but I think it would be a interesting conversation. If there is a man who is inspired to be a Dallas Cowboys cheerleader, let’s start that conversation. I think it is fun!”