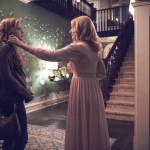 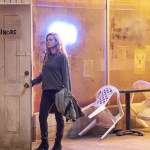 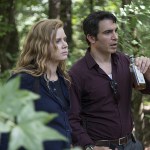 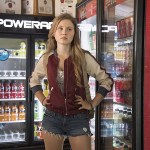 It’s all been building to this. HollywoodLife spoke EXCLUSIVELY to ‘Sharp Objects’ stars April and Violet Brinson about the ‘intense’ final episode, their reaction to the book’s shocking end, and more.

Sharp Objects has become the show of the summer, and everyone is waiting to see how it all ends. The season finale airs Aug. 26 at 9 p.m. on HBO. HollywoodLife talked EXCLUSIVELY with April and Violet Brinson, who play Amma’s best friends and ultimate roller-skating duo Jodes and Kelsey, about all things Sharp Objects ahead of the finale. The show is based on Gillian Flynn’s best-selling novel of the same name and has been the ultimate slow burn these last few weeks. Violet told HollywoodLife that the last episode is “super suspenseful and very intense.” The girls couldn’t say too much about how the show ends for the sake of spoilers, but April dished that she believes “the main plot points are covered from the book.”

The show follows Camille Preaker (Amy Adams) as she returns to her hometown of Wind Gap, Missouri, after the shocking murder of a young girl and the kidnapping of another. When the second girl is found dead, Camille begins questioning everyone as she investigates, especially her mother, Adora (Patricia Clarkson). Camille’s also past comes back to haunt her as she tries to get to know her mysterious and seemingly perfect sister, Amma (Eliza Scanlen). Time will tell if the show makes any major changes from the book’s ending. April and Violet have read the book, and they were both blown away by how it all came to close. “I thought it was insane. It was so original and unique and kind of so creepy. It was a very interesting and amazing way to end such a book,” Violet told HollywoodLife. April added: “Honestly, I got really excited when I read the ending of the book because I felt like it really opened some doors for me and Violet with our characters throughout the whole show.” (Sidenote: We won’t spoil the ending in this post for those of you who haven’t read the book, but book spoilers can be found here.)

April and Violet’s characters form a powerful trio with Amma, who is their ringleader. April opened up about the complicated friendship dynamic between Jodes, Kelsey, and Amma. “As far as how it affected me on a personal level and how I handled that, me, Violet and Eliza became really, really good friends outside of set, so it was really easy for us to switch in and out,” April said. “I don’t think it took a toll on our actual friendship for me and Violet as sisters or anything like that. But coming from actress’ point of view, I think the hardest part was identifying the moment in your life where you feel the pressure within a female friendship to do things you don’t want to do or make fun of people and things like that.”

April and Violet’s experience with Sharp Objects was unique because the sisters were able to be on the same show. Violet said that the show “was such an amazing experience by itself because I was going to work with Amy Adams and [director and executive producer] Jean-Marc Vallée and Patricia Clarkson, so having April by my side, it was someone to share the experience with and we’ll always have that memory between us. We loved having each other there because when we were super nervous or we needed to talk through this one scene, we had each other to go through it with.” April admitted that it’s “really hard to go into an environment like that all by yourself, but having someone else go through the same thing really eases the pressure.”

While most of April and Violet’s scenes are alongside Eliza, they have gotten the opportunity to work with Hollywood powerhouses like Amy and Patricia. “It was so intimidating!” Violet admitted to HollywoodLife. “These are people I have looked up to since I was really little. I’ve watched all of Amy Adams’ movies and Jean-Marc’s movies and Patricia Clarkson’s movies. Going in, they’re so talented and successful and you’re so nervous because you’re new, but every single one of them was so nice and so welcoming. They really made you feel at ease and made you feel like you could do your best work and made you feel comfortable. It was really nice to be able to work with such passionated and hard-working people.” April gushed that “we were blessed with an amazing cast and crew. After the very first day, I felt like I belonged there and that I was a part of everything.”