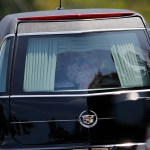 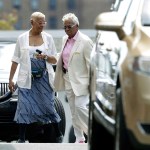 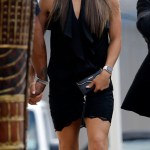 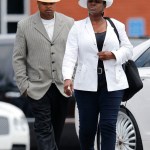 This is too tragic. Max Lomas, the friend of Bobbi Kristina Brown who found her overdosed, has now passed away himself. See the details here.

It’s been more than three years since Max Lomas found Bobbi Kristina Brown, just 21 at the time, unconscious in her bathtub due after an OD, and now, the friend of the star has endured the same fate. Max Lomas was found dead due to drug overdose, according to TMZ. A law enforcement source in Mississippi told TMZ that Max was at a friend’s home on August 15, and went to use the restroom. After his friend became concerned when Max didn’t come out for a while, he went to check on him. Lomas was found unresponsive on the floor in the bathroom with a syringe by his body, according to the source. He was then rushed to the hospital, where he died.

Max was suspected to be the drug dealer who obtained drugs for Bobbi Kristina when she was still alive, according to TMZ. He was a close friend of the star, and was at Bobbi’s home in the hours leading up to her overdose. It was Max himself who was the one to find Bobbi unresponsive in a bathtub back in in 2015. He and Kristina’s boyfriend at the time, Nick Gordon, called paramedics to the scene, but doctors were unable to revive the daughter of Whitney Houston, and she was placed in a medically induced coma soon after. She remained touch and go while on life support, before her family made the decision to transfer Bobbi to a hospice, where she passed.

Ultimately, Max was not found responsible for Bobbi’s death though. Her boyfriend Nick ended up getting pinned for her passing. In September of 2016, a judge found Nick “legally responsible” for her death. He was ordered to pay $35 million in the lawsuit against her family, who alleged it was Nick who pumped the drugs into their daughter’s body that fateful day. Bobbi Kristina’s father, Bobby Brown, is still mourning the loss of his daughter. In a 2018 interview, Bobby was asked if he believes Nick got justice. “No, no yet.” he said. “He raped me by taking my daughter away.” Our hearts go out to the families of both Max and Bobbi.