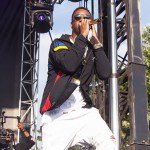 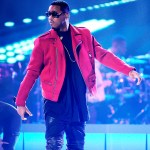 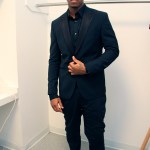 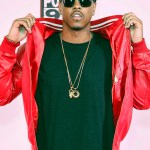 Jeremih upset the opening act on his Later That Night tour so much, she quit! Here’s a crash course on the man responsible for Teyana Taylor’s angry Twitter rant on Aug. 15.

Jeremih, 31, just lost the opening act on his Later That Night tour, which kick-started on Aug. 3. And apparently, Teyana Taylor, 27, thinks that her absence will hurt his concert attendances. After announcing on Aug. 15 that she’ll be leaving the tour because she’s been “extremely mistreated,” she claimed in a separate tweet that “80% of the room leave[s]” after her set! So, who exactly is this performer that Teyana also said is “lazy, sneaky, jealous, conniving, selfish” and “act[s] like a DIVA in ya princess chair” while touring? We’ll give you a refresher. Here are five key details you should know about the singer, who’s real name is Jeremy Felton.

1. You’ll remember his Billboard Hot 100 hits like “Birthday Sex” and “Don’t Tell ‘Em.” Before 2017, Jeremih would occasionally peak at the top of music charts! If you played one of his best known songs, which also includes “Oui,” you’ll instantly recognize his trademark – a smooth R&B voice, perfect for baby making music. He’s also collaborated with and lent features to some of hip hop’s biggest names like Chance The Rapper, Wiz Khalifa, 50 Cent, Ludcaris, DJ Khaled, and Big Sean among others.

2. He has a collab album with Ty Dolla Sign coming out. The joint effort will be called MihTy, and will be released on Aug. 24. It was produced by Hitmaka, who also produced and co-wrote Big Sean’s “Bounce Back” and Yo Gotti’s “Rihanna.” The album will feature vocal cameos from Chris Brown, French Montana and Lil Wayne.

3. He graduated from high school at the young age of 16, then went off to college. Jeremih was on an accelerated path, going straight from being a high school sophomore to a senior. He was in the marching and jazz band in high school. Afterwards, he enrolled in the University of Illinois and Parkland College in Urbana-Champaign to study engineering. After one semester, he switched to an art school called Columbia College Chicago to study music business in 2007, but he didn’t finish his degree.

4. Jeremih was arrested in December 2014 for trying to sneak onto an airplane! He missed his flight and spent time in Port Authority custody in New Jersey, according to a Dec. 12, 2014 report on NJ.com. The drama unfolded when he arrived too late to board the plane and allegedly tried to get a member of his entourage (who was already on the flight) to pry the cabin door open for him. But the secret stowaway plan was a bust and they were arrested.

5. He was once believed to be Jason Derulo’s older brother. Jeremih squashed that rumor in 2014. “I don’t know where that rumor came from, or why it came from anywhere, and I don’t know why I can’t take it off of Google,” he told Billboard. “I’m hoping this interview can help me. I’m a fan of his recent work, but he’s not my brother.” We can understand why people assume their insane R&B vocal ranges came from the same genetic pool.