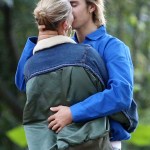 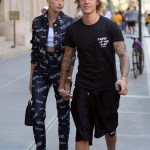 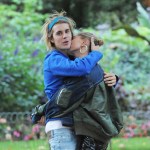 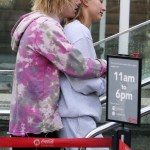 We’ve discovered why Justin Bieber and Hailey Baldwin have been so emotional lately. Also, find out why we never saw the Biebs cry like that with Selena Gomez, here.

Tears one day, smiles the next! Justin Bieber, 24, and fiancee Hailey Baldwin’s emotional roller coaster could be mistaken for pre-wedding jitters. But we’ve learned the real reason behind those tearful park and cafe photos that were released on Aug. 7. Apparently, Justin hasn’t been with someone who’s made him feel so emotionally exposed…until now. “Justin used to rely on a lot of people to help him cope but now the only person he really trusts and confides in is Hailey, it’s the two of them against the world,” a source close to Justin shares EXCLUSIVELY with HollywoodLife.com. It looked like it was truly them against New York City after the lovebirds were photographed grinning leaving Bieber’s hair salon on Aug. 8! “He isn’t opening up to anyone but Hailey right now, all he will say is that they’re ‘going though some things’ but other than that he’s like a vault.” SEE THE POST-CRYING PICTURES, HERE.

So, Justin might’ve been confessing his deepest darkest secrets, and vice versa. It’s not even something the “No Brainer” singer could do with ex-girlfriend Selena Gomez, 26, whom he dated on-and-off from 2011 to 2018! “He does say that he’s never felt closer or more in love with anyone in his life. Hailey makes him feel totally safe to open up and show his emotions. He’s never been this open, vulnerable or emotional with anyone in his life,” our source adds. “He wasn’t even this close with Selena.” What people might’ve mistaken for a lover’s dispute was actually just Justin and Hailey being real with one another, and therefore, falling even more in love.

“Justin and Hailey share everything with each other. He loves her because they support each other during their most difficult moments. And yeah, that means a lot of tears sometimes,” our source adds. What those “difficult moments” are, only Hailey will probably know. “They are being very private about what they are dealing with, not opening up to many. But Justin is happy that he has Hailey and she is happy that he is there too so they both have a shoulder to cry on.”

We’d like to know why they need those shoulders to cry on so badly. Up until those gloomy paparazzi shots were published, Justin and Hailey have flashed nothing but smiles for cameras following the news of their engagement on July 7!

HollywoodLife has reached out to Justin Bieber’s and Hailey Baldwin’s reps to comment.