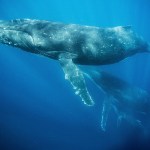 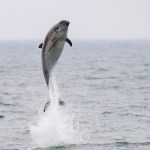 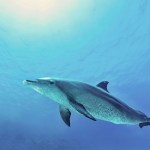 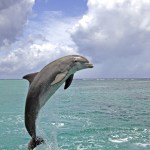 Yes, you’re reading that right! Ligers are SO yesterday — it’s all about the wholphin now. Get the details on this hybrid animal here!

While a wholphin may sound like the stuff of fantasies — or nightmares, depending on who you ask — we’re here to tell you that a whale/dolphin hybrid has, in fact, been discovered. This is real life! The crazy cool combo was just discovered near Hawaii, and the Internet hasn’t been the same since. And how could it? A liger was one thing. We could wrap our brains around a lion and tiger crossover pretty easily, but the thought of a whale and a dolphin breeding to produce this creature? That’s pretty mind-blowing, if you ask us. You’ve probably got all kinds of questions about this new discovery, so we’ll get right on down to answering them.

1. Scientists have traced the wholphin back to two specific species. Here’s the thing — the wholphin isn’t just the byproduct of any old dolphin and any old whale. Scientists have been able to trace this creature back to a rough-toothed dolphin father and a melon-headed whale mother! It takes after its mom with its tubular body, and its dad with its fins. The perfect mix of both!

2. Wolphin is just a nickname. As much as we love the name wholphin, it’s not the real deal! It’s just a fun moniker, but the new species technically has a name — Steno bredanensis. But that’s a bit of a mouthful, so we think we’ll stick to the catchy little nickname…

3. Only one has been spotted so far. That’s right — no brothers or sisters for this special discovery just yet! The wholphin was first spotted near Hawaii, hanging out with a pack of dolphins. The weird thing about its location? It was found in a spot where rough-toothed dolphins and melon-headed whales aren’t usually found. Could there be more of its kind somewhere else? Only time will tell!

4. Scientists have obtained wholphin DNA. It’s one thing to look at a photograph and decide that you’ve just spotted a whale/dolphin hybrid. But it’s quite another to biopsy DNA samples from the animal and prove that it’s a mix of both, which is exactly what biologists have done. So you can trust that this crazy cool combo is the real deal. Phew!

5. This isn’t actually the first existing whale/dolphin hybrid. As weird as it sounds, this isn’t the first time someone has seen a sea creature that came from both species. Back in 1985, Hawaii’s Sea Life Park bred a common bottlenose dolphin and a false killer whale. And voila — a wholphin! It was named Kekaimalu and has been kept in captivity all this time. In fact, it’s still there!