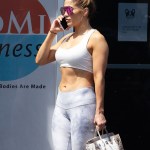 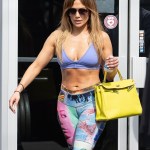 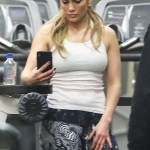 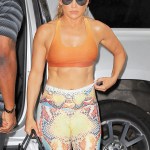 Jennifer Lopez turned 49 on July 24, and this mom and mogul looks better than ever! Read her diet and workout secrets to see how she stays so flawless — it’s like she’s aging in reverse!

Happy birthday, Jennifer Lopez! The triple threat is winning in all areas of life, with a loving family, a supportive boyfriend and a successful career. She looks better than ever at almost 50 years old! A source close to J-Lo spilled on how she does it! “Jennifer’s age-defying looks come down to several different things: a healthy lifestyle, diet, exercise, a beauty regime, and great genes,” the source told HollywoodLife.com EXCLUSIVELY. “Jennifer always ensures she gets at least eight hours of sleep a night as she’s one of those people that really needs it to function well, and if possible, she loves to sleep for nine or even ten hours, but that’s tough with young children!”

The source continued, “Jen also avoids toxins as much as possible — she doesn’t drink alcohol, never smokes, and isn’t a fan of coffee. Instead, she drinks a ton of water, and that definitely goes a long way in helping give her that beautiful, dewy complexion she’s so famous for. When it comes to diet, Jen eats super clean — she very rarely indulges in processed foods, and she’s big into portion control. Almost everything Jen eats is organic, and she eats a lot of lean meat, fish, veggies, and pulses. Even when she snacks, it’s on healthy things like fruits and veggies.” Just the rest of us, she has weaknesses! “Jennifer isn’t a saint, though! Every now and then she does allow herself to splurge, and her weakness is chocolate chip ice cream and cookies. She’s big into protein, and Jen will often kick off her day with a protein shake which she finds fills her up and gives her plenty of energy. And, Jen needs every bit of that energy as she’s one of those people that’s constantly on the move!”

#SundayFunday kind of… 😉 gotta get it in… now let the fun begin!! #birthdayweekbegins @niyamasol

“Jennifer loves working out with her trainers, and she has two of them depending on which coast she’s staying on — if she’s in NYC, Jen works out with David Kirsch, who’s all about the planks, boxing, and push-ups. But, when she’s in L.A., Jen works out with Tracy Anderson, who is always switching things around and has very danced-based workouts, which J-Lo really loves.”