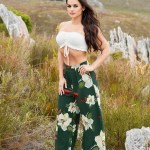 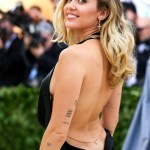 While Natalie Negrotti’s pansexuality may have come as a surprise to some, she isn’t alone in the industry! Miley Cyrus, Brendan Urie & Jazz Jennings are just a few of the several pansexual celebs!

Pansexuality comes in all different forms, but the Dictionary defines it as, someone who is “not limited in sexual choice with regard to biological sex, gender, or gender identity.” Several celebrities have come in the last few years as pansexual, with the most recent being The Challenge’s Natalie Negrotti. After Natalie, 28, was cruelly outed by her castmate, Kaleigh Morris, last year on social media, she set the record straight on Tuesday night’s episode of The Challenge: Final Reckoning. “I am pansexual and I’m okay with that now,” she said, also revealing she was currently in a relationship with a woman. She then took to Twitter to continue the conversation, writing, “I came out with my story to share my truth with those who are battling the same thing I did. Do not throw hate at anyone for their actions. I wanted to use my platform to educate people who are not informed. Let’s spread love and education not hate.”

Natalie joins many out and proud celebrities in her fight for education and love, including Miley Cyrus, who came out as pansexual in October 2015. “I’m very open about it — I’m pansexual. But I’m not in a relationship. I’m 22, I’m going on dates, but I change my style every two weeks, let alone who I’m with,” she told Elle UK in a candid interview. She reiterated her feelings in 2017 to Billboard, saying, “Who I’m with has nothing to do with sex — I’m super open, pansexual, that’s just me.” Another celeb who has been very honest about his sexuality is Nico Tortorella.

The Younger actor identifies as pansexual and is currently married to his longtime partner, who identifies as a queer woman. “I believe in the spectrum, the full universe of gender and sexuality, and probably I fall more into the pansexual fluid terms which fall into the umbrella of bisexual in LGBTQ-plus,” he told The Advocate. “I think when I was first having this conversation, I didn’t like the term bisexual because I think it was a little dated for this generation; people weren’t using it. It kind of puts people into this box. [But] I respect the term bisexual. I use it because I respect it.”

We love that way of thinking! Click through our gallery for more stars who identify as pansexual!