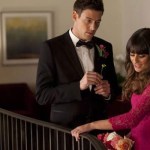 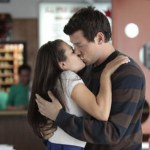 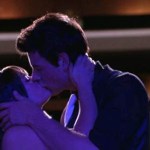 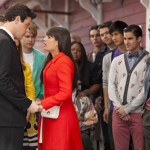 Chris Monteith’s mom has recalled the moment no parent should have to face – finding out your child has died. The 67-year-old has revealed that it was the 31-year-old Glee actor’s co-star and girlfriend Lea Michele who inadvertently dropped the bombshell news. And the shocked actress was reportedly “screaming” down the phone when she blurted it out. As fans of the star will remember Cory was found dead in his Vancouver hotel room on July 13, 2013. As news filtered through Lea, now 31, called his mom in distress, Ann said in a new interview with PEOPLE. “I got a call from Lea and she was screaming on the phone,” Cory’s mom said. “She was yelling, ‘Is it true? Is it true about Cory?’ and I said, ‘What about Cory?’ I had heard nothing.” Sadly, in the next moment she would learn that Lea’s words were true. Ann said, “And then police knocked on my front door.”

Understandably the news hit Ann hard. She said, “I went into a state of numbness. I just shut off my emotions, and I was numb.” Later, it would be confirmed that Cory died of an overdose – triggered by a cocktail of heroin and alcohol. But Ann’s way of coping was to pretend her son was away working. She said, “I knew it was real, but there were times when I could lie to myself and say, ‘He’s in L.A., he’ll call me soon.’ I’m still always hanging on edge. When you lose someone who is such a big part of you, you lose all purpose for living.”

Five years later Lea is engaged to Zandy Reich, the president of clothing line AYR. But that doesn’t mean Cory doesn’t still have a special place in her heart. On July 13 she shared a photo of a sunset on Twitter, tweeting the quote, “There are some who bring a light so great to the world, that even after they have gone, the light remains.”