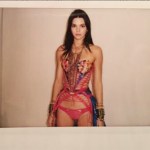 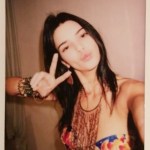 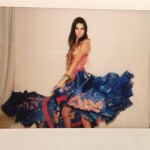 Nothing says classic like taking a pic with a Polaroid camera. We’ve got Taylor Swift, Kendall Jenner and more who toss aside smart phones to go with the retro look.

There’s nothing more classic than Polaroid pictures and many stars are fans of the retro look that only film can give. Sure smartphones are fast and easy ways to take selfies, but Polaroids give such a pure, clean appearance and they can’t be altered or photoshopped the way digital pics can. Taylor Swift, 28, brought polaroids back in big style for her 1989 album promo campaign. The singer released 65 Polaroid pics in advance of the release with lyrics written underneath. She even used a Polaroid pic of herself as the LP’s cover art! Ever since she’s been a fan of the camera and has taken so many selfies with fans who can hold on to them as keepsakes for their time with the superstar. She even shared Polaroid selfies with superstar Adele and Harry Potter author J.K. Rowling.

Kendall Jenner, 22, is a big fan of pics with Polaroid cameras. Her famous family loves having photobooths at parties to capture the events on film, but the model has always blazed her own trail as her own personal photographer. While some of her sisters have been accused of photoshopping their social media selfies, Kenny has escaped that criticism by using the retro camera to show that she’s naturally stunning. She often shares polaroids of her backstage fittings during modeling jobs on Instagram that drive fans wild. That’s not to say the rest of the Kar-Jenner’s don’t love Polaroids, as they took a ton of the pics backstage at the 2016 Yeezy fashion show.

The Big Bang Theory star Kaley Cuoco, 32, is such a fan of taking selfies with a Polaroid camera that she brought it along with her during a 2015 appearance on The Tonight Show. She explained that her co-stars were always trying to steal it and as a result she wrote on big pink gaffer tape “Do not touch unless you’re named Kaley” on the back of the device. Sadly, when she went to give an example of how she loves to do duck face selfies with the cam, it initially didn’t function and she had to shake it to get the camera to work. As a result her selfie turned out to be of her frustrated face and she didn’t want to show it off to the audience.  We’ve got plenty more celebs who love Polaroids and you can see them by clicking here.