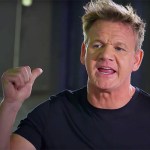 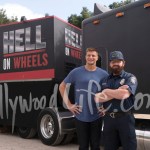 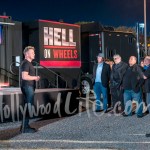 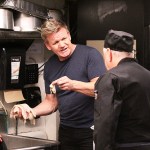 Gordon Ramsay takes us behind the scenes of his jaw-dropping makeup process to go undercover in this EXCLUSIVE preview of the July 11 episode of ’24 Hours To Hell & Back!’ Watch now!

With a disguise like this, you’d never think it was Gordon Ramsay! In this EXCLUSIVE sneak peek of 24 Hours To Hell & Back, the famous chef and TV show host walks us through his undercover process for the next restaurant he’s going to try and save. Gordon doesn’t hold back with his disguise. He dons a shaggy beard, hat, and plaid shirt. Seriously, he completely transforms!

“The secret behind 24 Hours To Hell & Back is going in undercover, sit in that restaurant incognito as a normal customer watching, looking, learning, and picking up on every little issue that’s happening in front of my eyes,” Gordon says in our EXCLUSIVE preview. “It’s quite gratifying because I get no extra treatment, no extra courses, nobody bothers me. It’s an amazing position to be in, but I’m dying to burst out of that suit, run into the bathroom, and rip off everything, and come out and stand in the middle of that restaurant and announce myself.”

You know that Gordon can’t stay silent for very long! He goes undercover every week to see what’s really going on in these restaurants. During the July 11 episode, Gordon and his “Hell on Wheels” will be heading south to revamp Sherman’s, a restaurant in Greenville, Mississippi, that’s been in business for nearly 30 years. After an intense investigation, Gordon and his team realize that the restaurant’s décor and menu seemed to be very outdated, due in part to the head chef who has been in charge of the kitchen since the very beginning. Gordon’s got 24 hours to get this restaurant back on track. Gordon Ramsay’s 24 Hours To Hell & Back airs Wednesdays at July 11 at 9 p.m. on FOX.