Sean Lowe, 34, a former Kansas State football player, was just a “normal” guy, that is, until he signed up for The Bachelor. Recall, Lowe placed third as a contestant during season 8 of The Bachelorette with Emily Maynard. Then, he stepped back into the spotlight when he became the Bachelor during during the show’s 17th season. And, although it’s been five years since he handed the final rose to his now wife, Catherine Giudici, 32, who eventually gave birth to their two boys, Samuel, 2, and their newborn Isaiah, he still can’t get over the fact that he actually signed up for a reality dating show.

“We remind ourselves all the time, we’re like, ‘Can you believe we met on this show?’ When you watch it you’re like this is the most ridiculous thing you’ve ever seen, right? Wait, we both signed up to do this?'” Lowe told HollywoodLife.com EXCLUSIVELY about his conversations with his wife about the show. “And, not only that, but we decided to get married and now we have two kids. Like, this is bizarre!”

“We’re both pretty normal people. And, to think, I never dreamed of doing a reality show. I don’t want to be that kind of guy, right? I’m not seeking attention,” he explained. “I did it because I wanted a free vacation, basically, and then it all turned to this. It’s turned my life around. It’s really weird to think about it, so we do have to remind ourselves of that all the time.”

While Lowe and Giudici haven’t had a chance to sit down and watch the latest season of The Bachelorette, since they have a newborn and all, they still like to joke about their own dates on the show. “There are many occasions where we’re like, ‘Remember our first date where we were on a glacier in Canada, or when we had dinner in an ice castle?’ … Like all that is just bizarre and cool to think about because it’s once in a lifetime stuff we got to do,” he said. “Now that I’m a dad and its all been recorded we can show our kids at the proper time and say, ‘This is how we met. Here’s the first time we kissed.'”

Now, five years later, the couple is stronger than ever and basking in baby bliss after the birth of their second child, Isaiah. Check out the rest of our interview with Lowe, where he gushes over his family of four, and learn more about how he’s teaming up with the Banfield Foundation to ensure the safety of animals when natural disasters strike.

How’s everything at home with baby No. 2?

Life is great, two littles ones! Isaiah is incredible. He just sleeps all day at this point, so it’s not too bad. One of these days he’s going to wake up and be a disruptive little mess like his older brother, but that’s OK [laughs]. It’s been fantastic, and our older son is about to turn 2 and he loves his little brother. We’re just a happy little family right now. My favorite thing is to take Samuel on walks and we have an 11-year-old chocolate lab (pictured below).

How is Catherine doing?

We had a planned scheduled C-section because Samuel was an emergency C-section. There’s soreness, but she’s handling it very well. My wife is such a trooper, she never complains. She’s the ultimate mom. 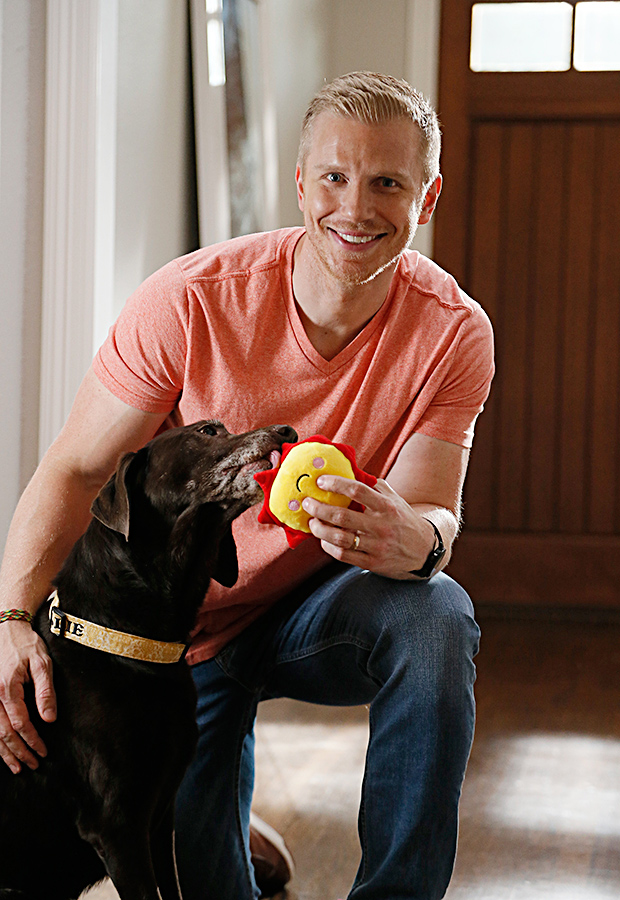 Did you know you were having a boy?

It was a surprise, we didn’t know it was a boy! In my head, I kind of prepared myself for a girl, probably because social media and people say things. When I saw that it was a boy I couldn’t believe it. The nurse was taking pictures with my phone and she got my reaction, I was like, ‘That’s a penis!’ It’ll be cool to see because I only have a sister, so the brother-brother dynamic will be cool, I hope they’re best friends.

It took a little convincing on my end to Catherine to get her to come around to the name Isaiah. She has a girl name, but I can’t say incase we ever have one, and it took me a while to come around her pick for a girl too.

How is Samuel with his little brother?

Samuel is loving on his brother. We like it when he’s sweet to his brother, so he does it all the time. He’s been great.

Tell us all about your partnership with the Banfield Foundation an why you got started?

Last summer, Hurricane Harvey rolled in and really hit the Houston area hard and I was in Dallas at the time. I saw things on the news about how they needed help. I didn’t know how to help, but I knew I wanted to help, so I put a call out on Twitter and asked if anyone had a boat I could borrow, which one woman was nice enough to lend me.

I drove out to Houston until I ran into 6 feet of water and I hooked up with some firefighters… so I spent the day helping with evacuations in Katie … We got a lot of people out of their homes and people were clinging to their pets, and that’s how I heard a ton of stories of people’s pets being stranded and in dire need. There were parts of Houston I just couldn’t get to, so Banfield reached out to me.

We figured out how we can get the word out so people know how to take care of their pets when disaster strikes. The kits have all the essentials for stressful situations, and we’re encouraging people to get ID chips for their pets.

More information on the Banfield Foundation: Now through September 30, pet owners can not only kick-start their own pet disaster preparedness plans but also make a difference in the lives of pets in need. With a donation of $45 or more at BanfieldFoundation.org/disaster, the Banfield Foundation will thank donors with a pre-assembled pet disaster preparedness kit and donate a kit to pet in need in Houston, New Orleans or Baton Rouge—areas hit hardest by recent disasters—up to 1,000 kits.

Kits include a waterproof bag containing critical supplies, such as a blanket, treats, stress-relief products, water and food calculation charts, tips and checklists to help keep pets cared for in the event of a natural disaster.