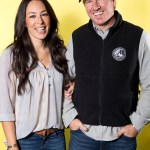 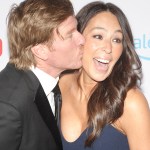 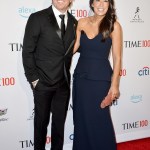 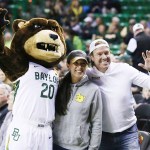 And baby makes eight! Chip & Joanna Gaines have officially expanded their family AGAIN, and we can only imagine how thrilled they must be! The HGTV stars had another little boy and they’re already so in love.

Joanna Gaines, 40, gave birth to a precious baby boy, Crew, on June 23, according to a tweet from husband Chip Gaines, 43, officially making the pair parents of five! The Fixer Upper stars already have two daughters: Ella, 11, and Emmie, 8, and two sons: Duke, 9, and Drake, 13, and now they have another little man! Even though Joanna admitted baby number five came as a “total surprise,” it’s clear the entire family couldn’t be more thrilled about the new addition!

“And then there were 5,” the proud father tweeted. “The Gaines crew is now 1 stronger! 10 beautiful toes and 10 beautiful fingers all accounted for, and big momma is doing great! #blessedBeyondBelief.”

Chip and Joanna revealed their pregnancy news in January with a sweet pic. While Joanna is showing off her budding baby bump in the photo, Chip is sticking out his own stomach, acting as if he too is carrying a baby. “Gaines party of 7… (If you’re still confused.. WE ARE PREGNANT),” the caption read. Later opening up to People magazine, the new mom revealed she and Chip were very surprised to find out they were expecting again. “I had been feeling a little emotional and crazy and thought, ‘Wow, this isn’t me,’” Joanna told the publication.

Our baby boy, Crew Gaines, is here and we couldn’t be more in love. He made an unexpected (and speedy) entrance into the world two and a half weeks early - which is fitting given he was a sweet surprise from day one. Thank you for all your thoughts and prayers. We are so grateful.

And then there were 5.. The Gaines crew is now 1 stronger! 10 beautiful toes and 10 beautiful fingers all accounted for, and big momma is doing great! #blessedBeyondBelief

“Then all of a sudden I realized, ‘Hey, I remember this.’ When I saw the results of the test, my jaw dropped. Chip was in the driveway about to leave when I called him back and said, ‘We’re pregnant!’ He was so excited. We’re both just so excited.” But planned or not, it just so happens that the happy news couldn’t have come at a better time! The couple had only recently announced that they were leaving their HGTV show to focus on their business and family — and this was before they knew they had a baby on the way.

“We had a lot on our plates, and at some point you have to call those shots when you feel like you need a break,” Joanna says of ending the show. “When we were done, we had no plan like, ‘Let’s have baby No. 5.'” She continued, “It was a total surprise. But when we found out, it solidified that it was the right decision to leave when we did.”

Chip and Joanna revealed they were having a boy in March, and the sweetest thing is how excited their kids have been about gaining a new sibling. “Every single time they see my belly they have to rub it,” Joanna explained. “I think it’s sweet because they’re older now, and I can see them wanting to be a part of this. We’re all rallying around this baby, which I feel is a sweet gift to our family.” Congrats again to the entire Gaines fam!