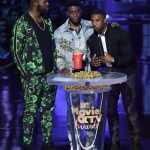 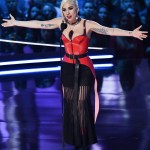 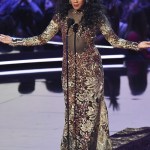 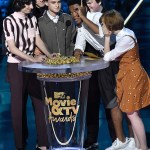 Singing sister duo Chloe X Halle blew audience members away at the MTV Movie & TV Awards when they performed from their debut album! Looking and sounding like total rockstars, the girls were beyond impressive!

Chloe Bailey, 19, and Halle Bailey, 18, of Chloe X Halle hit the stage at the MTV Movie & TV Awards on June 18 and totally wowed with their gorgeous medley of “The Kids Are Alright” and “Warrior!” The songs were chosen off the singers’ debut album, The Kids Are Alright, and the the girls’ performance was both beautiful and powerful. We especially love how they wore matching ensembles! There’s no question these girls have major talent.

Holding hands wearing matching white sparkly jumpsuits, the girls’ performance had futuristic vibes. They stood in middle of the stage wowing in perfectly in-sync movements and vocals. In addition to the Chloe’s and Halle’s power-house voices, they were accompanied by individual drummers on the stage. They also had a few dancers moving to the beat behind them. Audience members were totally into the inspiring set too, as they had small lights they were holding up and waving. Not only did Chloe and Halle sound amazing though, they also looked stunning! We loved their bodysuits but also their silver sparkly shoes!

Chloe and Halle have been singing together since they were little — and it shows! In fact, the duo caught Beyonce‘s attention back in 2013 after they uploaded a YouTube cover of the superstar’s “Pretty Hurts.” Bey was SO impressed with their rendition, she signed them to her record label, Parkwood Entertainment. As Chloe x Halle, they released their first album, The Kids Are Alright, this past March.

The girls also star in the Freeform show Grown-ish, as college-aged sisters Jazlyn and Skyler, and they even wrote the show’s theme song, “Grown.” In fact, it was Grown-ish stars Yara Shahidi and Francia Raisa who introduced the sisters’ performance tonight. But if that’s not impressive enough, Chloe and Halle were approached by Ava DuVernay to contribute “Warrior” for the A Wrinkle in Time soundtrack.

Chloe and Halle wrote “The Kids Are Alright” particularly for their fellow Gen Zers. “It was basically the message that we wanted to portray to the kids of today, to remind us all that no matter what is happening right now in the world, we’re gonna be alright,” the artists told NPR last month. “Because for the youth, especially, it feels like there’s the weight of the world on our shoulders right now; are we going to be okay with the future and what’s to come?” Didn’t they sound incredible tonight?