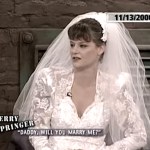 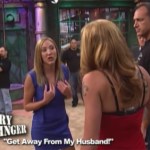 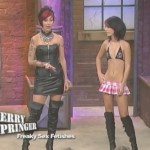 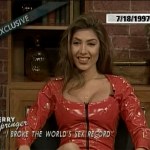 ‘Jerry Springer’ is reportedly coming to an end after 27 seasons! Relive some of the wildest episodes of the show’s 27-season run here!

Jerry Springer is reportedly done with production, according to US Weekly, and the CW will now air pre-produced original episodes as well as repeats. However, during its epic 27-season history, the show has had some insane moments. For instance, who could forget perhaps the wildest moment on the show when Jerry brought on a man who “married” his horse? Or how about the time a sex worker lost her dentures in a tense brawl? Or when a boyfriend was caught in the middle between his girlfriend and her stripper sister whom he slept with? While you pour one out for Jerry Springer‘s wild talk show, check out the wildest moments from the show’s long run in our gallery above!

But the insane moments don’t end there. Seriously, you’re going to want to check out the insane moments above! While it’s sad to hear that the Jerry Springer show might be coming to an end, apparently the CW is weighing the option of ordering more episodes. So, this might not be the end of Jerry Springer after all! Time will tell if we’ll get another chance to yell “Jerry, Jerry, Jerry!”